Note, this post will assume SUSE software repositories are available to your instance whether they have a PAYG or BYOS image.  It will also not discuss other important procedures that may be advised by your organization, for example, volume snapshots or instance backups before upgrading. For more information on preparing your instance or more details on the procedures mentioned in this post, consult the SLE deployment guide [1].  If you have any issues while working through any of the scenarios documented here, be sure to first consult the bulleted list at the bottom of this post discussing possible issues and caveats.

Before doing anything, you will want to familiarize yourself with the supported upgrade paths.  Consult the deployment guide for the SLE version you need to upgrade to [1].

I will refer to each phase of the upgrade process as either the PREPARE phase, where the instance is readied to be upgraded, and the MIGRATION phase when the instance is actually migrated.

Let’s explore the first scenario I mentioned above, which is performing a service pack upgrade. This could be upgrading from SLE 12 SP3 to SLE 12 SP4 or upgrading from SLE 15 SP1 to SLE 15 SP2. This is not a major release upgrade like SLE 12 to SLE 15.  I’ll discuss that later.  Performing a service pack upgrade is a fairly straightforward process.  The first thing you will want to do is PREPARE the instance, ensuring the instance is fully up-to-date with the latest updates.  To do this, run:

Once this is complete, the instance is ready for the MIGRATION phase. To initiate the migration of the instance, run:

Let’s move on to the second scenario, which is performing a major release upgrade.  These types of upgrades are unique in that they can only occur offline.  This means that running zypper while the instance is online is not an option.  Fortunately, our public cloud engineering team created a robust system called the SUSE Distribution Migration System [2].  This system is available to all Azure, GCP, and AWS public cloud customers with PAYG or BYOS images. Before getting into the upgrade process, I first want to overview how this system works.

During a major release upgrade, the instance will need to boot to the distribution media upgrading to, SLE 15.  Unlike on-premise servers or VMs, it’s impossible to attach an ISO or USB physically or virtually through a console.  There needs to be another way.  This is where the SUSE Distribution Migration System enters to solve the problem. Before the migration is started on the instance, the instance bootloader configuration is modified, and an entry is created to boot to an image during the next reboot.  From here, the distribution migration begins.

Before starting this process, though, it’s important first to PREPARE the instance, which consists of multiple steps.  The first step is to use the first scenario process above to upgrade the instance to either SLE 12 SP4 or SLE 12 SP5.  If the instance was at one of these levels already, then make sure it’s fully patched.  As a reminder, to do this, run:

Next, the SUSE Distribution Migration System packages will need to be installed by running:

This will create the bootloader configuration previously mentioned and also add the ISO image to the instance.  This image is what the bootloader entry will load during the next boot.  One last optional step is to perform customization of the upgrade process.  By default, instances will be upgraded to SLE 15 SP1. But if the intention is to upgrade to SLE 15, then customization is required [3].  To change the migration product, create a file named /etc/sle-migration-service.yml and add the desired migration product.

After completing any customization, the next phase, MIGRATION, can begin.  To kick this process off, run the following:

This will initiate a reboot into the upgrade live image and begin the automated distribution migration process.  Now sit back and wait for the process to complete.  If you want to monitor the progress, you can use the serial console, if supported, or console screenshot.  You can also perform the following to get a play by play:

Once the process is complete, the instance will automatically reboot.  If all went as planned, the instance would be upgraded, and the OS version can be confirmed with:

Be aware that the distribution migration will always upgrade the instance to the latest available packages.  There is no way to manipulate this.

If problems were encountered which prevented the upgrade from completing, the instance should revert to its original state.  This is not guaranteed, though, and rollback depends on how far the migration progressed before failing. The log file /var/log/distro_migration.log should reveal this or any other problem.  For this reason, it’s advised to always have a restore plan before performing an upgrade. If further help is needed for PAYG images, reach out to your cloud service provider.  For BYOS images, reach out to SUSE.

All customer environments are unique, and as such, there may be issues encountered as a result.  Performing a major release upgrade is exactly that, major, and some aspects of the environment aren’t in the exact state they were in before the upgrade. It’s important to perform a post-check of all applications and configurations as a result.  I’d recommend performing a check for orphaned packages, which are packages that don’t belong to an active repository. The following command will give you a list of orphaned packages so you can decide if these should be uninstalled:

Also, check for *.rpmnew or *.rpmsave files in /etc and examine their contents to determine if these need to be merged with the current configuration.  You can reference the Upgrade Guide for more information [1].

I want to share a collection of issues, and side effects my colleagues and I have seen and recommend proactively checking the instance or environment for it before starting the process or after the process completes:

If the instance is SLES for SAP, remove these packages before starting the distribution migration:

If the instance and process meet this criterion, before starting the migration, manually populate /etc/resolv.conf with a nameserver entry such as:

or instead kick off the migration by running run_migration instead of rebooting.

In closing, realize that you also have the option of starting fresh instead of upgrading. Starting fresh means launching a new instance and then migrating data, applications, and configuration to the new instance from the old. You’ll hear differing opinions on which is preferred depending on who you ask.  Ultimately, the decision is yours. 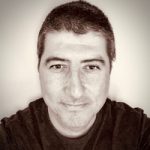