This article has been contributed by Lin Ma, Software Engineer and KVM Virtualization Specialist at SUSE.

Oriented text detection in natural scene has attracted considerable attention from several research communities. And indeed, it can be quite important and useful.

Today I’d like to present a demo based on Connectionist Text Proposal Network (CTNP)  which is implemented by the TensorFlow framework.

The project code I used can be found on GitHub at:

And well – I also made some changes to the code.

My goal now was to train the VGG16 network model in two different KVM guests (VGG16 – also called OxfordNet – is a convolutional neural network architecture named after the Visual Geometry Group from Oxford, who developed it):

In the SUSE Linux Enterprise Server 15 KVM guest, I trained a VGG16 network model following the projects’ instruction. I didn’t modify any hyper parameters. That means with the default hyper parameters, I got 50,000 iterations. The training progress took 5.5 hours – with the help of GPUs!

To demonstrate the results more visibly, I created a short video – just have a look.

Actually, in my openSUSE Tumbleweed KVM guest, I didn’t train the VGG16 network model successfully because our TensorFlow package in OBS removes the support of the Amazon Web Services, Google Cloud and Apache Kafka packages.

However, the code of that network model needs the cloud modules during the training. Thus I just used the pre-trained ctpn.pb model for the test.

Without GPU support, I couldn’t create a similar video as in example 1 to demonstrate the results with this guest, because the text detection from the video was extremely slow. Thus I took some pictures instead of creating a video for test.  I hope you will nevertheless easily recognize the results on the pictures. 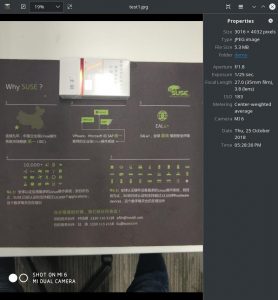 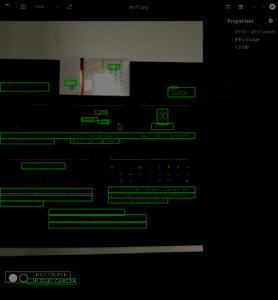 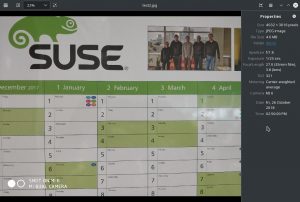 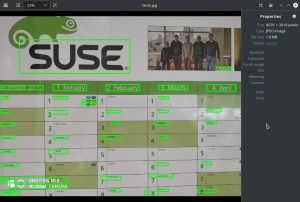 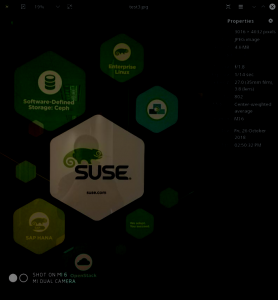 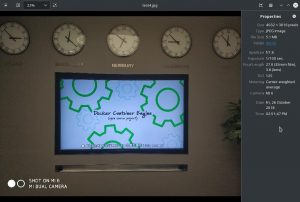 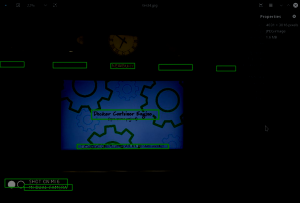 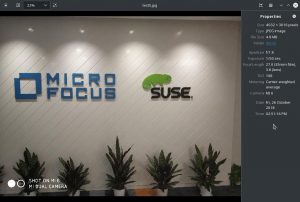 The two examples above demonstrate that machine learning tasks such as Oriented Text Detection can be performed with SUSE Linux Enterprise Server 15 and openSUSE Tumbleweed.

4,428 views
Meike ChabowskiMeike Chabowski works as Documentation Strategist at SUSE. Before joining the SUSE Documentation team, she was Product Marketing Manager for Enterprise Linux Servers at SUSE, with a focus on Linux for Mainframes, Linux in Retail, and High Performance Computing. Prior to joining SUSE more than 20 years ago, Meike held marketing positions with several IT companies like defacto and Siemens, and was working as Assistant Professor for Mass Media. Meike holds a Master of Arts in Science of Mass Media and Theatre, as well as a Master of Arts in Education from University of Erlangen-Nuremberg/ Germany, and in Italian Literature and Language from University of Parma/Italy.
Back