How HPC Impacts Our Lives II: HPC (and Linux) in the Movies | SUSE Communities
< Back to Blog

How HPC Impacts Our Lives II: HPC (and Linux) in the Movies

A while ago, I published a first article about how HPC impacts our lives, and I talked about space research, weather forecast, and oil and gas.  Another area where HPC has become crucial – and which definitely affects our modern life every single day – is Entertainment: online gaming, Hollywood special effects and animated/3D movies.

Special effects in a film or the creation of 3D (and) animated movies would not be possible without HPC technologies. Those movies can take a long time to make. For example, massive amounts of computing power are needed to render them – far beyond what the average person believes. And in this special industry literally Time is Money!

With the availability of an HPC infrastructure, it is possible to significantly reduce the time taken to release an animation movie to the market. Computers can automate the creation of animated movie or 3D scenes and moving characters in a film. But even with a lot of computer automation, it still takes a long time to animate something because you have to create the animation frame by frame, crafting something from nothing on a computer. And it still takes weeks to create just a few seconds of an animated movie. The rendering of the motion picture frames, an extremely compute intensive phase, requires a huge data-crunching effort for the generation of the final output.

So – what exactly is rendering?

To make the movie Avatar, for instance, 40,000 processors were handling 7 or 8 gigabytes of data per second, running 24 hours a day. 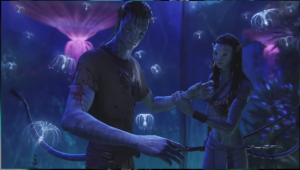 Pixar talks frankly about their Linux usage for their movie creation. When they created the movie Monsters University in 2013, they had about 2,000 computers with more than 24,000 cores. 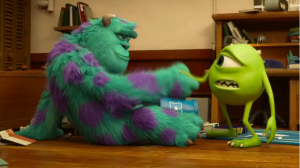 And it still took about 25-30 hours to render a single frame of the movie. All in all, it took over 100 million hours of CPU time to render the entire movie. If you used just one CPU to do the job, it would have taken about 10,000 years to finish. With all of those CPUs that Pixar did have, they needed just 4 years to finish the movie, including the rendering.

Why Linux Became Big in the Movies?

Using Linux on HPC clusters for movie creation is not an invention of the past 5 years. Today most of the major studios use Linux for their special effects as well as for animation and rendering of the movies. And the reasons are based on the nature of Linux being open source:

This might indeed be one of the most important reasons for the use of Linux: A lot of movie and special effects companies need to write algorithms and applications for their own special needs – with Linux they can easily do that. Some film studios nowadays employ hundreds of Linux programmers, and they even develop their own applications for image retouching, visual effects and animation.

Just to give you two popular examples from Linux tools that had been developed by the movie industry:

Who Uses Linux for HPC in the Movies?

Industrial Light and Magic, a George Lucas company, already switched to Linux rendering farms back in 2002, for Star Wars Episode II. Andy Hendrickson, their director of research and development, explained “Linux is increasing the quality of our work, not the quantity. Large amounts of processing power enable more user control. We often go into a show knowing what we want but are forced to scale back realism with shortcuts because of a lack of processing power. Using Linux we can add more realism. We direct effects. It isn’t enough to have a cloud that is an accurate model. Artistic staff directs the effects with Make that cloud more fluffy.”

Crest Animation Studios had been known for TV episodes such as Bratz, Pet Alien and Jakers! as well as movies such as Arthur the Movie. 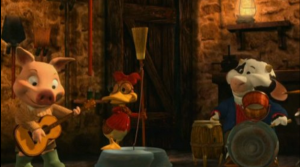 Crest’s focus was on computer- generated imagery (CGI) as it relates to animation. Crest had configured an HPC render farm comprised of 500 compute servers. The configuration included dual CPUs and single-core systems as well as dual- and quad-core computers. To support the render farm, they used also 4 to 8 gigabytes of random access memory; high-through- put storage (an HP Enterprise Virtual Array 8000); and a non-blocking, high-bandwidth network. For rendering the above movies, they were using the SUSE Linux Enterprise Server operating system on their systems.

Intelligent Creatures uses Nuke, a node-based digital composing software used for film and television post-production, on SUSE-based workstations. One of the movies where they have contributed to the live-action visual effects is Watchmen, and also the TV series Transporter.

Rhythm & Hues, a visual effects and animation company, famous for the Oscar-winning movie Life of Pi, used a customized version of openSUSE for their rendering farm. 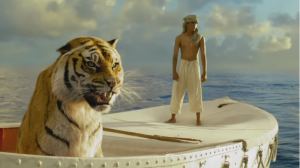 Rising Sun Pictures is an Australian-based visual effects company, and nearly their entire environment is based on Linux. Together with other companies, they worked on blockbusters such as X-Men: Days of future past. One of the key scene they contributed is where Quicksilver acts in lightning speed in the kitchen, after they liberated Eric /Magneto, to fool the guardians, and the audience sees everything in slow motion, while the other actors seem to be frozen.

The slow motion sequence is an astonishing blend of live action, computer-generated objects and extensive visual effects. Each of these elements needed to be rendered in near microscopic detail, placed precisely within the geometry of the kitchen and choreographed to move and react realistically to lighting, other objects and characters.

HPC Matters – Because We Want to Be Entertained!

Isn´t it amazing? Without HPC technologies and the massive computing power available today – and without Linux as substantial and cost-effective part of the HPC stack – we would not be able to enjoy the advanced 3D and animated movies or high tech games we are used to have today. Or – it would take a lifetime until they come to market!

Disclaimer: The text at hand has not been reviewed by a native speaker. If you find typos, please send them to me (meike.chabowski@suse.com) – or if you like them, just keep them :-).

5,787 views
Meike ChabowskiMeike Chabowski works as Documentation Strategist at SUSE. Before joining the SUSE Documentation team, she was Product Marketing Manager for Enterprise Linux Servers at SUSE, with a focus on Linux for Mainframes, Linux in Retail, and High Performance Computing. Prior to joining SUSE more than 20 years ago, Meike held marketing positions with several IT companies like defacto and Siemens, and was working as Assistant Professor for Mass Media. Meike holds a Master of Arts in Science of Mass Media and Theatre, as well as a Master of Arts in Education from University of Erlangen-Nuremberg/ Germany, and in Italian Literature and Language from University of Parma/Italy.
Back