What Drives Deployment Decisions for Average and Late adopters? | SUSE Communities
< Back to Blog

What Drives Deployment Decisions for Average and Late adopters? 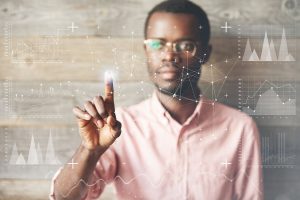 Between the months of September and October of 2019, SAPinsider surveyed 217 members of their audience to help understand the progress SAP customers have made with the different types of SAP S/4HANA deployments. The results of that survey found a majority of respondents (66 percent) have yet to start deploying SAP S/4HANA, and 21 percent of respondents have started to deploy, but have yet to see any positive business results.

We want to focus on the average and late adopters now. What are the business drivers for SAP S/4HANA deployment, and what approaches do companies plan to choose going forward.

Before we dive into the data, we should first define the different types of adopters. These adopter types are:

From the report, there were eight issues driving the adoption of the latest release of SAP S/4HANA. Those issues are:

Surprisingly, however, a larger percentage (50 percent) of late adopters responded that their number one driver was opportunities to improve processes and correct sub-optimal processes from previous ERP implementations.

Finally, the third most important driving force (coming in at around 20 percent) for average adopters was the need to harmonize regional processes into one global template. Late adopters saw this issue on an almost equal level, with around 15 percent of respondents.

But what is holding average and late adopters back from deploying SAP S/4HANA along with early adopters? Nearly one third of average adopter respondents claim their fear of disrupting business operations as one of the main drivers behind their lack of an SAP S/4HANA deployment strategy. This is in comparison to only five percent of early adopters who state that same claim.

This becomes an issue when a company becomes paralyzed by the fear of disrupting business operations. Clearly, it can be done (and done well), as proven by early adopters.

All three adopter groups want to identify opportunities to improve business processes and correct sub-optimal processes from their previous ERP solutions. But how do they succeed with this plan? From the survey, three different strategies came to the surface. Those strategies are:

How did these strategies break down by group? Average adopters ranked the three strategies as follows:

The response from late adopters was somewhat surprising. This group ranked the three strategies somewhat differently:

It is interesting to note that both average and late adopters so closely ranked system conversions as their second deployment approach (at 45 and 40 percent). Ken Todd, SAP S/4HANA leader and principal with Capgemini said, “If you’re utilizing a system conversion and not also taking advantage of the features that have been optimized for SAP S/4HANA, you likely won’t see much immediate value from the new system.”

It’s fairly easy to draw a conclusion as to why and how average and late adopters are approaching the deployment of SAP S/4HANA. But even with their hesitation, both groups understand that eventually a migration to SAP S/4HANA will not only be a inevitable, it will go a long way to improve business processes on every level.

To find out more of what the SAPinsider report uncovered about SAP S/4HANA deployments, Click Here to read the entire report. You’ll find plenty of information to help guide you and your business to the future of ERP.