An eternal truth is that everything has its opposite for good and evil.  Patents are no exception. In fact, even the simple word ‘Patent’ evokes much positive and negative emotion in today’s software world – particularly as news continues to circulate around baseless patent lawsuits by non-practicing entities (NPEs).

But in news this week there is a bit of positive for a change.  The positive news is the announcement of the efforts by Unified Patents to reduce NPE assertion of invalid patents in the open source software zone.

Open Invention Network (“OIN”) is the largest patent non-aggression community in history. SUSE is a founding member of the Linux Foundation and OIN. OIN’s mission, whose current members along with SUSE include Google, Toyota, Philips, NEC, IBM and Sony, is to enable freedom of action for OIN community members and users of open source technology through a patent non-aggression cross-license in the Linux system.  SUSE firmly believes in the benefits to open source technology of the creation and maintenance of a defined area of cooperation to mitigate the danger of patent aggression and to thus encourage innovation.

While today’s announcement may seem a bit obtuse, SUSE feels this legal effort is a great, understated milestone in fostering the growth and advancement of today’s commercial grade adoption and innovative use of open source.  Three cheers for some positive news on patents 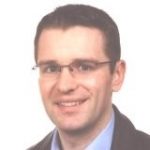