“Our new platform from SAP and SUSE enables us to generate key reports around 50 times faster. We’re always working with the latest data, which makes it easier to optimize our manufacturing plans, reduce costs and avoid waste.”  Pramod Gokhale, Group CIO, Mankind Pharma

Mankind Pharma is one of the fastest-growing pharmaceuticals companies in India, with a manufacturing and distribution network that extends across 34 countries. Its mission is to create a world where the latest medicines are available and affordable for everyone.

To build on a period of successful international expansion, Mankind Pharma has set a medium-term objective of earning annual revenues of $1 billion. To achieve this target, the company must scale up its operations to supply affordable medicines to millions more customers around the world.

For over a decade, the company has been using SAP ERP applications to manage its core business processes and provide insight to support strategic decision-making. Over time, however, its existing SAP application landscape has reached its limits. Analyzing data would mean crunching through five terabytes of data in the main ERP database and reports would often take 24 hours to generate.

To drive greater agility and scale into its infrastructure, and to increase the velocity of data analysis, Mankind Pharma knew it needed to rethink its technology strategy. The team, led by Group CIO, Pramod Gokhale, knew a new platform was needed to support the next phase in the company’s international expansion, as well as helping it adopt new technologies such as robotic process automation, artificial intelligence and machine learning.

Mankind Pharma upgraded its existing SAP systems to a new SAP S/4HANA platform, supported by a highly resilient and scalable IT infrastructure. The company selected IBM Power Systems servers, which it deployed as its primary data center and disaster recovery site. Each server runs multiple virtual environments and uses SUSE Linux Enterprise Server for SAP Applications as the host operating system for the SAP S/4HANA applications and databases, as well as other systems.

The results have been marked. Working with SUSE, Mankind Pharma has achieved a host of efficiencies. Not only has the new SAP/SUSE platform enabled the team to generate key reports around 50 times faster than ever before, but it has also helped to boost cash flow by reducing inventory by 25%—reducing IT operations costs by 20% in the process.

Click here to read the success story and get in touch if you’d like to explore the technology further. 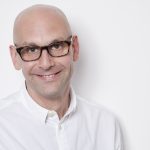