5 Arenas Where Open Source is the Undisputed Champion

Open source software has come of age. It has now reached a level of maturity and capability where it simply cannot be ignored. Recent research[1] suggests that 82 percent of large organizations are more receptive to open source than they were five years ago and that C-level IT executives are now most likely to prefer an open source solution over proprietary alternatives.

Over the years, everyone’s confidence and trust in open source software has been steadily growing. We’ve now reached the point where open source is the dominant player in many of the key technology trends shaping our world.

So, which 5 arenas is open source the undeniably the leader of the pack?

Supercomputers solve massively complex computational data analysis tasks by combining the power of thousands of processors, using either parallel processing or grid computing architectures. They are used for scientific research, quantum mechanics, molecular modeling, exploring the universe, and many other applications.

What part does open source play? Linux is the undisputed world champion.

Ever since November 2017, every single one of the top 500 supercomputers around the globe uses Linux[2] as its operating system. And as of June this year, every one of them now performs at over a petaflop on the High Performance Linpack (HPL) benchmarck[3]. That’s a quadrillion (1015) floating-point operations a second (FLOPS).

Linux is also the dominant player in the HPC market, which is an increasingly vital component in Big Data, AI, ML, self-driving vehicles, smart cities, IoT applications and many more.

Databases are also becoming more and more important to enterprise organizations. This growing demand is closely linked with the need for fast and efficient processing capabilities described above. However, some of the use cases (such as IoT, mobile devices, self-driving, etc.) require the management of more distributed data, hence the need for a different breed of database.

Open source database solutions such as MySQL, PostgreSQL, SQLite, MongoDB, MariaDB, and Redis are now right at the top of the popularity charts[4] and are increasingly ruling the roost.

It’s widely acknowledged that Linux is the power behind the vast majority of public internet servers and that Unix-like operating systems are being used by about 70 percent of all web servers, with Linux taking the lion’s share.

Why is that important?  Because even though we pay them little thought or attention, web and internet servers are responsible for stitching together the digital fabric that most of us rely on for communications and services every day.

Developing cloud native applications is not simply a matter of hosting applications in a cloud environment. Instead, these applications are architected from the ground up to take full advantage of the features offered by cloud platforms. That means they are run in a distributed, highly scalable, automated, and self-healing manner.  Agile cloud native applications use code developed using microservices that are packaged and deployed in containers using DevOps methods, as well as CI/CD processes.

Open source is at the heart of all the leading technologies involved in the cloud native approach. Kubernetes, Linux, Docker containers and Cloud Foundry are top of the pile, but there’s a comprehensive landscape of other projects hosted by the CNCF (Cloud Native Computing Foundation) that play a part too.

Cloud platforms – like the cloud native applications that run on them – are predominantly reliant on open source technologies too. 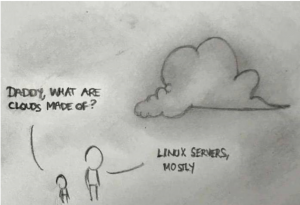 The Internet of Things (IoT) is expanding at a phenomenal rate. Forecasts suggest that the whole market will be worth $1.2 trillion by 2022[5] and the number of connected devices will likely reach 14 billion by 2024[6]. Embedded systems are being used for a wide variety of uses, they are also a fundamental building block for IoT solutions.

How does open source rank in these areas? Once again, pretty impressively. 53 percent[7] of developers choose some form of open source operating system for embedded systems in general, with over 70 percent[8] choosing Linux for their IoT devices.

There’s no denying that open source is here to stay.  I’ve been working with open source for almost a decade now and over that time I’ve seen how quickly open source solutions have taken off, gained acceptance and become the front runner is so many areas.

Where are we heading next? I can’t say for sure, but it’ll sure be fun finding out. 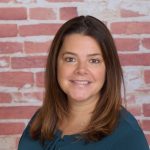