The brains behind the books: Tomáš Bažant | SUSE Communities
< Back to Blog

The brains behind the books: Tomáš Bažant

The content of this article has been contributed by Tomáš Bažant, Technical Writer at the SUSE Documentation Team.  It is part of a series of articles focusing on SUSE Documentation and the great minds that create the manuals, guides, quick starts, and many more helpful documents.

I was born in Příbram in Czech Republic, 60 kilometers southwest of Prague. I grew up in a small town called Jince about 12 kilometers away from Příbram. After the elementary school in Jince, I went to the Gymnasium in Příbram. I liked English, Mathematics and Physical Education as I didn’t have to prepare for those lessons at all. Psychology and Philosophy later on, in higher grade levels, were funny as well. But I didn’t like Geography and History because we had to learn scads of dates and facts by heart.

My dreams and goals for a life at and after school were quite simple: I wanted to have a lot of fun (… hedonism in the late 60´s spirit …), and hang around with good friends. Although I spent lots of my time with a ZX Sinclair computer as adolescent, I didn’t give a damn about computers during secondary school and University. Rather I favored ‘the humanistic approach’. I definitely wanted to be a musician, preferably a guitar player. Maybe just to show off in front of girls. In my early twenties, I sometimes identified myself with Bernard Sumner, the singer of New Order (I am listening to their songs even while writing this – good old times ☺️).

When I was 18 years old, I had no real clue what to do with my life. My father, a former soldier, advised me to join the army to be on the safe side – for reasons such as ‘getting a predictable and relatively high salary’, ‘job security’, and ‘honor’. I just considered it a bad joke ☺️. As I was good at English and Mathematics,  I decided to study English and Mathematics to become a teacher, and I picked the school that offered exactly this – teaching Mathematics and English: the Technical University of Liberec. Although I taught for a while, as a young teacher, naughty kids drove me crazy.

Somehow, maybe by miracle, I passed University. I don’t remember all that much, because we focused mainly on ‘socializing’. But one thing during that time indeed changed my life a bit – the Twin Peaks series. My mates at the dormitory and I were watching every single episode – I was really inspired by its uncanny tone, the wit and the offbeat humor, and I think I embraced some of it. 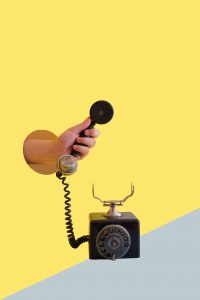 Photo by Elena Koycheva on Unsplash

Teaching English to individuals and companies was one of my first jobs, and I liked it. It was a bit stressful, but I traveled a lot across Prague. After my teaching experience, I got a job as a webmaster at the Czech Radio. There, already back in 1996, I started to use Linux – Red Hat Linux 4 was the first distribution I played around with. Apparently I liked Linux in general, because roughly 10 years later, I applied for a job at SUSE, and got accepted. Unfortunately Novell, the new owner at time being, stopped the onboarding process. But I was lucky – after a couple of years, SUSE called me to ask if I was still interested in getting hired by them, and of course I was! Since then I have been working as a Technical Writer, and from time to time I do some coding (odd things such as Drupal or Vim).

My job is quite technical. Obtaining the required information and technical input from development teams can involve lots of waiting and be tiresome. Software development has tight schedules. Developers are under pressure, their first priority is to deliver their code in time. They love to write code, but not all of them necessarily like to explain it.  All documentation team members had to learn how to deal with the lack of information flow. Just like the others, I am continuously building up my knowledge via ‘learning by doing’: I usually start with the download of the ‘still-under-development’ software code, set up my own virtual machines, install the ‘work-in-progress’ products, try out the stuff and see what happens, and start to document that based on my own experience.

For the fact that I ended up in IT you might partly blame my ex-mate at the Czech Radio, Petr Khun, who influenced me fairly much by showing me the wonders of the UNIX world and piquing my technical curiosity. Another former colleague at SUSE, Jakub Friedl, made me understand that work can bring a big deal of fun. During my years at SUSE I realized that (probably) slower but consistent team work is far better than hurrying up on your own, and making lots of unnecessary mistakes. My colleagues Frank, Tanja, and Markus – to mention some of the amazing people with diverse personalities I work with – mirror all values I appreciate most: They are kind, helpful, and open to new ideas. They do not push things forcefully, but rather give subtle hints and wait for responses. All of my team mates are very open, flexible and modest people, with a strong will to support others.

Joining SUSE – and not having left it yet ☺️ – was probably the best decision in my career. Sure, the job did change a bit over the years. But not that much, as the core writing tasks did remain nearly the same: research, discussions, drafting, reviewing, editing, discussing again, re-writing, etc. I really and truly appreciate the independence I am given in my current job. Learning makes me happy and keeps me ‘agile’. And I am proud that I am still able to continuously build up new expertise and additional knowledge. None of that knowledge, however, prevents me from occasionally committing exactly those mistakes myself I have warned others against many times. But I tend to see that as a source of delight rather than desperation – because such own mistakes actually crack me up. 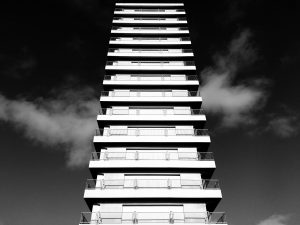 Photo by Dmitri Popov on Unsplash

If I had three wishes, they would be: Let all beings be happy, let all beings be happy, and let all beings be happy. Thus it should not surprise you that, in a second life – or better: in a parallel universe – I would possibly study Yoga, Sanskrit and Ayurveda, combined with biological horticulture, food preparation, and cooking. But I guess there is no school offering all these topics in one subject of study ☺️ … During my – of course extensive – spare time I’d work on paper models, care for my garden, cycle across the countryside, and play chess at least once a week. In periods of more sensitive times, I’d carefully touch my ‘inner constellation’ while reading “The Little Prince” or watching the “NeverEnding Story” for the umpteenth time. Finally, in a relaxed mood, I’d enjoy listening to songs such as True Faith by New Order, while tasting a good beer.

In this spirit: Cheers!

7,621 views
Meike ChabowskiMeike Chabowski works as Documentation Strategist at SUSE. Before joining the SUSE Documentation team, she was Product Marketing Manager for Enterprise Linux Servers at SUSE, with a focus on Linux for Mainframes, Linux in Retail, and High Performance Computing. Prior to joining SUSE more than 20 years ago, Meike held marketing positions with several IT companies like defacto and Siemens, and was working as Assistant Professor for Mass Media. Meike holds a Master of Arts in Science of Mass Media and Theatre, as well as a Master of Arts in Education from University of Erlangen-Nuremberg/ Germany, and in Italian Literature and Language from University of Parma/Italy.
Back