Single Root I/O Virtualization or SR-IOV is a specification that allows the isolation of PCI Express (PCIe) resources. It allows a physical PCIe device or adapter to appear as one or more separate physical/virtual PCIe devices. These virtualized devices are also known as Virtual Function (VF) devices. Two main reasons or purposes for SR-IOV are: 1) to provide better virtualization network manageability and 2) to increase Virtual Machine (VM) performance. It is important to note that when you create multiple VF devices on a single physical adapter, all of the VF devices on that adapter are still sharing the same physical network port. If you have a multiport adapter, VF devices can be created on each adapter/port. The maximum number of VF devices that can be created on a single physical PCIe adapter is determined by the manufacturers’ hardware and driver design specifications.

Because SR-IOV is newer, it has become standard functionality for server-class network adapters/drivers on server-class systems. The firmware in a server must also provide SR-IOV functionality in order for it to be supported on that server. Some network adapters provide two drivers: one for the physical adapter and a second “add-on” driver for SR-IOV functionality. An example of this is the Intel® i40e (which is the base network driver) and the Intel i40evf (which is the Single Root I/O Virtualization network driver). Both of these Intel network drivers install simultaneously and work together on the same network adapter with SUSE Linux Enterprise. As virtualization and cloud-based virtualization technologies become more prevalent, SR-IOV has the potential to become a vital and integral part of the network infrastructure.

Most SR-IOV network implementations have a minor limitation: the VF device that is created and the driver used for that VF device do not provide the same feature set as that of the physical adapter and driver. VF devices and drivers will typically only provide a subset of high-level networking features. This means that with a VF device attached to your guest, the network connection in the guest might not have the same advanced capabilities available on the physical adapter.

So, what does the future hold for SR-IOV? What is on the horizon that will extend SR-IOV beyond its current functionality? The answer to both is Multi Root I/O Virtualization, or MR-IOV. The idea behind MR-IOV is that it will build upon SR-IOV technology by sharing VF devices across multiple network servers or cloud servers. MR-IOV will allow the VF devices in one server to be used in another server on the network. SR-IOV is limited to a single server or host configuration. At this point, I am aware of only a small number of very high-end configuration designs utilizing MR-IOV functions today. 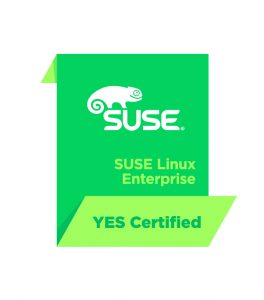 We hope YES Certification, YES bulletins and the valuable data on these bulletins, like SR-IOV, help you make better decisions when buying new servers. Our goal is to support you early in the process so that you have fewer hardware-related headaches later as you purchase servers (and workstations).