In this blog post, we’re going to talk about k3d, a tool that allows you to run throwaway Kubernetes clusters anywhere you have Docker installed. I’ve anticipated your questions — so let’s go!

k3d is a small program made for running a K3s cluster in Docker. K3s is a lightweight, CNCF-certified Kubernetes distribution and Sandbox project. Designed for low-resource environments, K3s is distributed as a single binary that uses under 512MB of RAM. To learn more about K3s, head over to the documentation or check out this blog post or video.

k3d uses a Docker image built from the K3s repository to spin up multiple K3s nodes in Docker containers on any machine with Docker installed. That way, a single physical (or virtual) machine (let’s call it Docker Host) can run multiple K3s clusters, with multiple server and agent nodes each, simultaneously.

As of k3d version v4.0.0, released in January 2021, k3d’s abilities boil down to the following features:

Obviously, there’s way more to it and you can tweak everything in great detail.

What is k3d Used for?

The main use case for k3d is local development on Kubernetes with little hassle and resource usage. The intention behind the initial development of k3d was to provide developers with an easy tool that allowed them to run a lightweight Kubernetes cluster on their development machine, giving them fast iteration times in a production-like environment (as opposed to running docker-compose locally vs. Kubernetes in production).

Over time, k3d also evolved into a tool used by operations to test some Kubernetes (or, specifically K3s) features in an isolated environment. For example, with k3d you can easily create multi-node clusters, deploy something on top of it, simply stop a node and see how Kubernetes reacts and possibly reschedules your app to other nodes.

Additionally, you can use k3d in your continuous integration system to quickly spin up a cluster, deploy your test stack on top of it and run integration tests. Once you’re finished, you can simply decommission the cluster as a whole. No need to worry about proper cleanups and possible leftovers.

This single command spawns a K3s cluster with two containers: A Kubernetes control-plane node (server) and a load balancer (serverlb) in front of it. It puts both of them in a dedicated Docker network and exposes the Kubernetes API on a randomly chosen free port on the Docker host. It also creates a named Docker volume in the background as a preparation for image imports.

k3d waits until everything is ready, pulls the Kubeconfig from the cluster and merges it with your default Kubeconfig (usually it’s in $HOME/.kube/config or whatever path your KUBECONFIG environment variable points to).

No worries, you can tweak that behavior as well.

Check out what you’ve just created using kubectl to show you the nodes: kubectl get nodes.

The “Simple but Sophisticated” Way

This single command spawns a K3s cluster with six containers:

This port will be mapped from the load balancer to your host system. From there, requests will be proxied to your server nodes, effectively simulating a production setup, where server nodes also can go down and you would want to failover to another server.

The --volume /home/me/mycode:/code@agent[*] bind mounts your local directory /home/me/mycode to the path /code inside all ([*] of your agent nodes). Replace * with an index (here: 0 or 1) to only mount it into one of them.

The specification telling k3d which nodes it should mount the volume to is called “node filter” and it’s also used for other flags, like the --port flag for port mappings.

That said, --port '8080:80@loadbalancer' maps your local host’s port 8080 to port 80 on the load balancer (serverlb), which can be used to forward HTTP ingress traffic to your cluster. For example, you can now deploy a web app into the cluster (Deployment), which is exposed (Service) externally via an Ingress such as myapp.k3d.localhost.

Then (provided that everything is set up to resolve that domain to your local host IP), you can point your browser to http://myapp.k3d.localhost:8080 to access your app. Traffic then flows from your host through the Docker bridge interface to the load balancer. From there, it’s proxied to the cluster, where it passes via Ingress and Service to your application Pod.

Note: You have to have some mechanism set up to route to resolve myapp.k3d.localhost to your local host IP (127.0.0.1). The most common way is using entries of the form 127.0.0.1 myapp.k3d.localhost in your /etc/hosts file (C:\Windows\System32\drivers\etc\hosts on Windows). However, this does not allow for wildcard entries (*.localhost), so it may become a bit cumbersome after a while, so you may want to have a look at tools like dnsmasq (MacOS/UNIX) or Acrylic (Windows)  to ease the burden.

Tip: You can install the package libnss-myhostname on some systems (at least Linux operating systems including SUSE Linux and openSUSE), to auto-resolve *.localhost domains to 127.0.0.1, which means you don’t have to fiddle around with e.g. /etc/hosts, if you prefer to test via Ingress, where you need to set a domain.

One interesting thing to note here: if you create more than one server node, K3s will be given the --cluster-init flag, which means that it swaps its internal datastore (by default that’s SQLite) for etcd.

The “Configuration as Code” Way

As of k3d v4.0.0 (January 2021), we support config files to configure everything as code that you’d previously do via command line flags (and soon possibly even more than that).
As of this writing, the JSON-Schema used to validate the configuration file can be found in the repository.

Assuming that we saved this as /home/me/myk3dcluster.yaml, we can use it to configure a new cluster:

Note that you can still set additional arguments or flags, which will then take precedence (or will be merged) with whatever you have defined in the config file.

What More Can I Do with k3d?

You can use k3d in even more ways, including:

You can try all of these yourself by using prepared scripts in this demo repository or watch us showing them off in one of our meetups.

Other than that, remember that k3d is a community-driven project, so we’re always happy to hear from you on Issues, Pull Requests, Discussions and Slack Chats!

Ready to give k3d a try? Start by downloading K3s.

Thorsten Klein is a DevOps Engineer at trivago and a freelance software engineer at SUSE. Thorsten is the maintener of k3d. Find him on Twitter or visit his website. 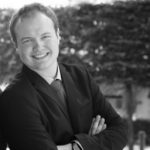