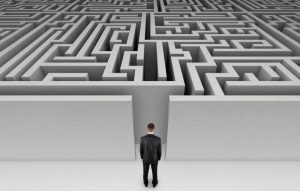 If you’re an engineer, the thought of making a major migration might give you pause. Because your primary job is to manage the design and workload for system maintenance and system updates, you tend to hold off on the adoption of new technology. Why? Support. Because you are an integral part of supporting the IT infrastructure, you keep constant watch on how such a migration might progress.

Between the months of February and March of 2019, SAPinsider ran a survey to understand where SAP customers were with SAP S/4HANA. The results of that survey found a majority of respondents (70 percent) are, in some way, moving toward this new solution.

If you are an engineer, early adoption of new technology isn’t always a best-case scenario. Because you are charged with keeping systems up and running, you tend to hold off on adopting technology without thorough vetting and testing.

Those who held off on adoption were driven by deadlines. The holdouts:

The primary engineer-focused business driver for ERP strategies would be end of maintenance and support for core SAP, ERP, and SAP ECC releases. For that driver, respondents tell an important tale; early adopters make up less than 20 percent, while those who hold off comprise over 50 percent.

Getting even more granular with this question allows us to look at metrics used to measure the success of ERP strategies. With engineers, the primary concerns are system availability, time to deployment, and production schedule performance. Of those three concerns, the only category to top 50 percent was time to deployment (with those who are more likely to hold off on adoption coming in at 52 percent).

How Are Customers Approaching the Move?

Moving to a new ERP solution is complex. Because of this, respondents clearly indicated that access to upgrade preparation and migration tools was the single most important factor (at 84 percent). Even with access to the right preparation and migration tools, one issue can cause problems for engineers. That problem is source release. SAP recommends starting from at least the SAP ECC 6.0 release. According to respondents, the majority are running SAP ECC 6.0, enhancement packages 7 or 8. That gives a clear indication that a majority of businesses are at least up to date enough to make the migration to SAP S/4HANA – a fact that should give engineers a bit of room to breathe easily.

According to the survey, the majority of early adopters are taking a “greenfield” approach to the migration in order to:

Although the “greenfield” approach appeals to the majority of early adopters, engineers will likely follow this path as well.

What Outcomes Are Customers Reporting?

Organizations who have completed the migration to SAP S/4HANA have found that it meets a majority of their expectations and took months (not years) to complete. Those organizations that adopted a more standardized functionality were able to reduce conversion workloads and get smaller implementations up and running faster than major consolidations. Other notable points were:

How can you be successful?

The SAPinsider survey indicated the keys to success for engineers include:

For a more detailed breakdown on where customers are in the move to SAP S/4HANA, read the full report here.

Join the best. Run your SAP solutions on SUSE.