ALP Prototype is Evolving, Proof of Concept Expected in Fall | SUSE Communities
< Back to Blog

ALP Prototype is Evolving, Proof of Concept Expected in Fall

The Adaptable Linux Platform (ALP) is switching from the UNIX-style centered, influenced structure of previous operating systems to a more workload and application-centric design. A flexible and secure platform with advancing concepts, as seen in both MicroOS and SLE Micro, along with the incorporation of other components, is evolving. This platform is designed to easily build, deploy and manage applications regardless of hardware or environment.

Separating the hardware enablement in a Host OS and a (containerized) Application Layer provides an immutable platform for workloads and workload runtime environments.

While the Adaptable Linux Platform proof of concept is not provided with desktop, the addition of desktop to ALP will be done in following releases:

ALP is Built and tested in public instances of OBS and openQA.

The prototype consists of an immutable image and an orchestrator providing application-layer features.

OpenSUSE MicroOS will serve as a base operating system for the container orchestrator.

As a prototype, MicroOS and k3s will be used for each layer; the roadmap shows there will be more container orchestrators with a final version that could include a variation of MicroOS instead of the official one.

This prototype includes the following characteristics and principles:

The encryption on ALP is specifically designed to manage encrypted devices that do not have any human interaction. For instance, patch management, which is ideal for edge architecture, it is done by using Trusted Platform Module (TPM) using cryptographic keys

ALP leverages self-healing and self-management features from a containerized perspective. Both these features can identify and perform tasks considering not only the OS but the containerized layer; no OS tasks will be disruptive to the workload.

Environments must be flexible and agile states, which sometimes causes multiple dependencies if you are working with Python, Java, Node, or any other programming language. This could result in a messy environment – dealing with incompatibilities between these dependencies, packages, libraries or tools.

ALP addressed that with Base Container Images (BCI) to create independent stacks that make the developer’s life easier.

To manage multi-stack environments coexistence, ALP is developed by these principles:

ALP is designed to be flexible and agile to provide users the stack they need to develop and manage their platforms and workloads.

The Proof of Concept

Proof of concepts should have the following considerations:

We do publish weekly updates on Community Work Group: https://en.opensuse.org/openSUSE:ALP/Workgroups/Community 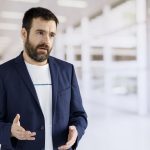 5,358 views
German M. YebenesGermán is a Technical Marketing Manager at SUSE, he works with BCL - Business Critical Linux solutions.
Back