So what is Open Source really? | SUSE Communities
< Back to Blog

So what is Open Source really? 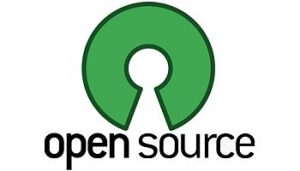 I met up with some old friends recently, and during lunch we got talking about what we have been doing and who we are working for. When it came to my turn I replied saying I work for an Open Source Software company. A puzzled look appeared, it’s a term we use so often and most people understand what you mean. However it isn’t until you try and explain it in simple terms you realise there are a number of interpretations and different ways to defining Open Source.

The most widely accepted definition for Open Source Software, according to the Linux Foundation, comes from the Open Source Initiative (OSI). The OSI website defines this in a number of licenses that are compatible with the definition, so I used this as a basis for my explanation. This was met with even more puzzled looks, so I thought I would talk about free software’. The Free Foundation seems to prefer “Free Software” as a much simpler definition. So I tried to define what the “free” in free software actually means. This seemed to resonate with my friends. I described Free Software as not restricted, i.e. you as a user have a lot of freedom when compared to closed commercial software, and not free as you don’t have to pay for lunch!

So I talk a little about free software promoted by Richard Stallman and the Free Software Foundation and the basic principles around the morals and ethics of using software that can be controlled and modified by the user. The user is not tied to only being able to do what the ‘closed’ software company allows you to do!

Anyway back to where I started, you can argue that “Open Source” also fits this term, and in fact you can find these terms used together as “FOSS” – Free and Open Source Software.

Feeling like I hadn’t done a good job of explaining Open Source, I turned to Wikipedia (a fine example of open source). It basically described open source as ‘a computer program in which the source code is available to the general public for use or modification from its original design’. It goes on to say that open-source code is a collaborative effort, where programmers improve upon the source code and share the changes within the community. Nailed it!

I finished by giving an example of the dominant operating systems in the mobile phone industry, Apples OS (iOS) being proprietary, is typically only found in devices made by Apple. However Android, based on a modified version of the Linux kernel and other open source software, is found in various manufactures devices including Samsung, Huawei, Alcatel and Nokia’s latest comeback devices to name a few. (Although while the android OS is open source, it must be remembered that many of the apps running on it are still proprietary)