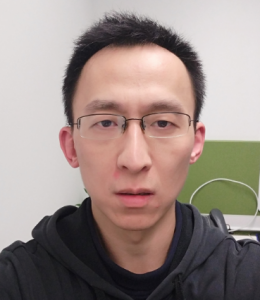 This article has been contributed by Lin Ma, Software Engineer and KVM Virtualization Specialist at SUSE.

This article shows how to run deep machine learning tasks in a SUSE Linux Enterprise Server 15 KVM guest. In a first step, you will learn how to do the train/test tasks using CPU and GPU separately. After that, we can compare the performance differences.

But first of all, we need to do some preparation work before building both the Caffe and the TensorFlow frameworks with GPU support.

1- Enable vt-d in the host bios and ensure the kernel parameter ‘intel_iommu=on’ is enabled.

2- Pass the nv970GTX on to the SUSE Linux Enterprise Server 15 KVM guest through libvirt.

Note:
* If there are multiple devices in the same iommu group, you need to pass all of them on to the guest.
* What is passed-through is the 970GTX physical function, not a vGPU instance, because 970GTX is not vGPU capable.

3- Disable the visibility of KVM to the guest by hiding the KVM signature. Otherwise, the newer public NVIDIA drivers and tools refuse to work (Please refer to qemu commit#f522d2a for the details). 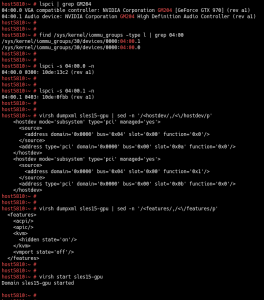 4- Install the official NVIDIA display driver in the guest: 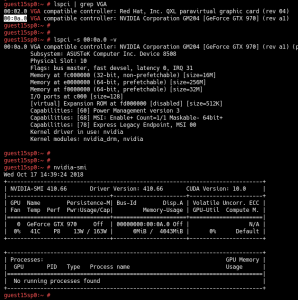 Now it’s time to build the TensorFlow framework with GPU support and the Caffe framework.

As the existing whl package of TensorFlow 1.11 doesn’t support Cuda 10 yet, I built TensorFlow 1.12 from the official Git source. 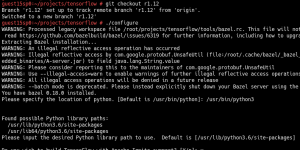 As next step, build a whl package and install it. 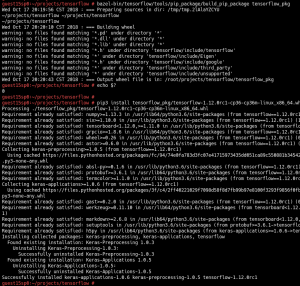 Now let’s create a simple example to test the TensorFlow GPU in the guest: 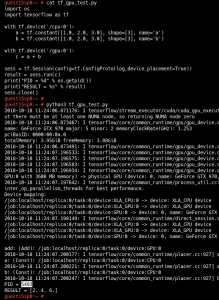 Through the nvidia-smi command, you can see the process information on GPU0 while the example code is running. 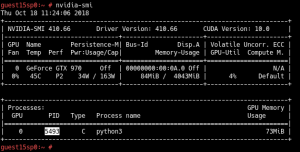 Next, let’s build the Caffe framework from the source, and the Caffe python wrapper. 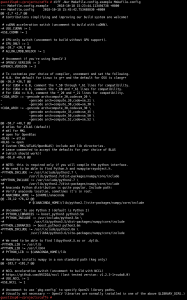 The setup is done!

Example 1.1: This is a Caffe built-in example. Please refer to http://caffe.berkeleyvision.org/gathered/examples/mnist.html to learn more.

Let’s use GPU0 in a guest to train this LeNET model.

During the training progress, we should see that the loss rate presents the downward trend all the time along with continuous iteration. But as the output is too long, I will not show it here.

Now we got a trained model. Let’s test it with 10000 test images to see how good the accuracy is.

When we compare the GPU and the CPU, we can see that there are huge performance differences, while we train/test the LeNET with the mnist dataset.

Example 2.1: This example is a TensorFlow built-in example. Let’s do a very simple mnist classifier using the same mnist dataset. 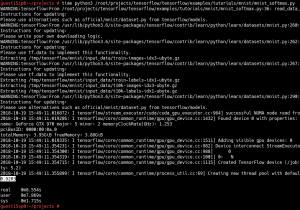 Here we go: As no convolutional layers are involved, the time consumed is quite short. It is only 8.5 seconds. But the accuracy is 0.92, which is not good enough.

If you want, you can check all details through the TensorBoard. 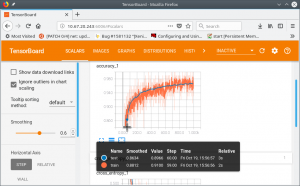 Example 2.2: Now we create a network with five layers CNN which is similar to the LeNET. Let’s re-train the system through GPU0 based on the TensorFlow framework.

Example 2.3: Finally, let’s redo example 2.2 with CPU instead of GPU0, to check the performance differences. 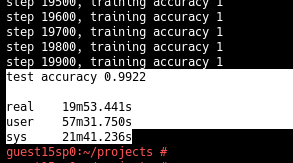 6,803 views
Meike ChabowskiMeike Chabowski works as Documentation Strategist at SUSE. Before joining the SUSE Documentation team, she was Product Marketing Manager for Enterprise Linux Servers at SUSE, with a focus on Linux for Mainframes, Linux in Retail, and High Performance Computing. Prior to joining SUSE more than 20 years ago, Meike held marketing positions with several IT companies like defacto and Siemens, and was working as Assistant Professor for Mass Media. Meike holds a Master of Arts in Science of Mass Media and Theatre, as well as a Master of Arts in Education from University of Erlangen-Nuremberg/ Germany, and in Italian Literature and Language from University of Parma/Italy.
Back