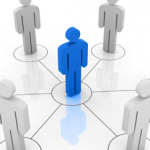 Immersed in the technology world, we tend to think of networking as linking machines, especially computers, to operate interactively. Before there were computers though, we might have said that networking refers to how people come together intelligently to get things done. In our hyper-connected world, open source software development is an excellent example of the latter, and increasingly a driving force behind innovation of the former.

With the announcement today at LinuxCon, SUSE is excited to be a founding member of IO Visor, an open source project and a community of developers to accelerate the innovation, development, and sharing of new IO and networking functions.

As an enterprise Linux company, our job is to produce the most reliable, secure, stable and enterprise-ready Linux on which our customers can base their entire physical and virtual infrastructure, whether they’re running their workloads in the data center, public or private cloud, or some combination of all of them.

The hybrid nature of our customers’ infrastructures is putting new pressures on the networking stack in particular. Since the physical network interface protocols vary across vendors and evolve over time, a handy thing would be to provide a “network hypervisor” that abstracts away the physical network interface thereby accommodating new requirements more easily. This would help accelerate innovation and enable enterprises to more easily deploy software defined network infrastructures.

This is what IO Visor does. Through a module that is upstream in the Linux kernel, Linux distributions like SUSE Linux Enterprise Server will be able to provide a programmable environment in which network function data planes can be loaded and instantiated at runtime, giving developers the ability to create applications, publish them, and deploy them in live systems without having to recompile. And the IO Visor solution is agnostic, not bound to any particular vendor’s hardware or software solution.

Open source software development is now the new normal for business IT, and projects like OpenStack, Open Container Initiative and Cloud Foundry are where the innovation is happening today. With the increased frequency that new open source projects are forming, we have to be judicious about which ones we elect to participate in, and we put a high priority on those that will help to solve challenges that our customers have today. IO Visor is such a project.