Courage is Accepting Being "Alone" | SUSE Communities
< Back to Blog

Courage is Accepting Being "Alone"

Go to Nov. 2, 2006 when by then Microsoft CEO Steve Ballmer and Novell (SUSE) CEO Ron Hovsepian jointly broke the news around broad collaboration on Windows and Linux. The market and community reactions were very mixed and to some extreme level calling for boycott.

Today, the famous motto is Microsoft loves Linux. It is in full action and everyone applauding. Microsoft CEO Satya Nadella is making history with bold strategy execution encompassing open source technologies. The company is hiring open source veterans and acquiring open source companies. No doubt, what is happening at Microsoft lately is exceptional leadership and strategy.

The key elements of the Microsoft and Novell (SUSE) announcement in 2006 cover:

All of the above are good and constructive areas of collaboration. At that time, the reaction was driven by the biased view that Microsoft and open source are enemies. I believe time demonstrated to all sides that this is untrue.

There is no doubt that Ron and Steve had the courage to establish such a collaboration ten years ago where nobody believed that Microsoft would become open one day. The bottom line of the 2006 collaboration was “Good for the Open Source Community” and “Good for Customers”.

“In matters of style, swim with the current; in matters of principle, stand like a rock.” – Thomas Jefferson

What do you think? 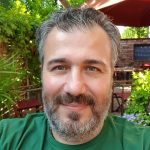 5,767 views
Naji AlmahmoudNaji brings more than 30 years of experience in Information Technology, strategic alliances, professional services, IT management and software development to his role as global head of business development. He carries responsibilities for developing the vision, strategy and execution of SUSE global training services, supported by our partners, as we support our customers, Simplify, Modernise and Accelerate their digital transformation journey’s.
Back