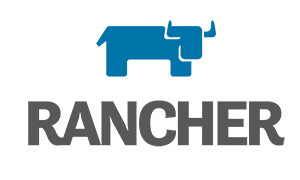 Almost one year ago I started
Stampede as an R&D project to look at the
implications of Docker on cloud computing moving forward, and as such
I’ve explored many ideas. After releasing Stampede, and getting so much
great feedback, I’ve decided to concentrate my efforts. I’m renaming
Stampede.io to Rancher.io to signify the new
direction and focus the project is taking. Going forward, instead of the
experimental personal project that Stampede was, Rancher will be a
well-sponsored open source project focused on building a portable
implementation of infrastructure services similar to EBS, VPC, ELB, and
many other services. Most Docker projects today look to build solutions
that will sit on top of Docker and allow developers to schedule, monitor
and manage applications. Rancher takes a different approach, it focuses
on developing infrastructure services that will sit below Docker.
Rancher will deliver a completely portable implementation of the
infrastructure services you would expect to find in a cloud such as AWS,
including EBS, VPC, ELB, Security Groups, Monitoring, RDS, and many
more. Docker has dramatically impacted cloud computing because it offers
a portable package for an application. This portability means an
application will run on any infrastructure whether it is your laptop, a
physical server, or a cloud. Once you have a portable application you
can do some amazing things to improve application performance,
availability and costs using scheduling, service discovery, application
templating, policy management, etc. Exciting projects including
Kubernetes, Panamax, Helios, Clocker, Dies, etc, are building technology
on top of Docker to deliver this type of value. Rancher focuses on a
very different problem. Imagine I have an application running on AWS
today that uses functionality from EBS and VPC. If I Dockerize my
application and run it on AWS, I will still be able to leverage EBS and
VPC. However, if I move that application to Digital Ocean, or my own
datacenter, those services just don’t exist. While Docker itself is
portable, infrastructure services vary dramatically between clouds, and
data centers, making real application portability almost impossible
without architecting around those differences in your application.
Rancher focuses on building portable implementations of these
infrastructure services that can run on any cloud, or even multiple
clouds at the same time. With Rancher you will be able to get
infrastructure services as reliable as AWS provides, anywhere, including
on your own hardware, another cloud provider, a dedicated server
provider, or any combination of physical and virtual resources. With
Rancher, hybrid cloud is no longer an over-hyped marketing term that
relies on trying to make incompatible APIs work together, but instead a
core capability as ubiquitous as Linux and Docker. In the short term you
can expect Rancher to focus on fundamental storage and networking
services similar to EBS, VPC, ELB, and Route 53. Once those fundamental
services are implemented they will serve as the foundation for other
infrastructure services similar to CloudWatch, CloudMetrics,
AutoScaling, RDS etc. I’m building Rancher, because I want users to be
able to access awesome portable infrastructure services everywhere they
can run Docker. Docker is portable because Linux is everywhere, and
Rancher takes the same approach; we build storage, networking, and other
infrastructure services from simple Linux VMs and servers. Thank you
again for all of the input on Stampede, and I hope you will join me in
making Rancher an enormous success. If you’d like to learn more about
Rancher, please schedule a demo, and we can talk with you about the
project. -Darren Shepherd
(@ibuildthecloud)