Share
A Detailed Overview of Rancher’s Architecture
This newly-updated, in-depth guidebook provides a detailed overview of the features and functionality of the new Rancher: an open-source enterprise Kubernetes platform.

Update: This topic was addressed again and updated by Craig Jellick in “Understanding Authentication & Authorization in Rancher 2.0”.

The general availability (GA) release of Rancher
2.0 draws closer by the day. In this
post, we’ll explore the fine control you will have over your Rancher 2.0
deployments when you leverage the role-based access control (RBAC) that
Kubernetes brings to the platform. Kubernetes introduced RBAC in 1.6 and
has improved it in both 1.7 and 1.8. The Internet has many articles
about how to activate and configure it, but I believe that we should
know why we are doing things before we start doing them. For this
post, I’ll take you back to a core concept of access control known as
AAA (spoken as “triple A”). AAA defines the procedure for granting
access to an application, network, building, or any other system as the
combination of three components: authentication, authorization, and
accounting. It is from these components that it derives its name, and
each component satisfies a different requirement for ensuring that the
requestor is permitted to carry out an action.

It’s important to know who is requesting access. We ask requestors to
provide something that proves they are who they say that they are, such
as a username and password, a one-time password from an MFA/2FA token, a
fingerprint or retina scan, or something else that only that person
would know or be able to access. Interestingly, the best type of
multi-factor authentication (MFA) is a combination of something you
know with something you have or something you are. The objective
of MFA is to make it difficult for an attacker to possess both things at
the same time. This means that password managers which combine an MFA
token with the password record are defeating the purpose of MFA –
someone need only compromise the master password to gain access to both
pieces. None of this is designed to withstand rubber-hose
cryptanalysis,
but we try.

Once we believe that people are who they say they are, we move on to
defining what they can do. This happens with a policy that matches
individuals to roles. Within a role are permissions that grant or deny
access to other resources. A role can apply to multiple people, and a
single person can exist in multiple roles. Generally, though not a
Universal constant, a role corresponds to a group with access, such as
“Admins,” “Users,” or “Developers.” When constructing policies for
authorization, collecting them into roles makes it easier to maintain
the policies over time. Even if a user is the sole member of a role, you
don’t know that the role won’t have more members in the future. Simplify
your world by always creating roles that apply to groups and then
controlling role membership via group membership. In the case of
Kubernetes RBAC, a role can apply to an individual, a group of
individuals, or service accounts. Groups are defined by the
authentication component, and group membership is set when
authentication completes. Group membership is only a string value, so
the authentication component must set this string correctly. Kubernetes
will only check for the presence of the string; it trusts the
authentication provider.

Accounting is the process of recording who did what on the system. You
can use this component for auditing, forensics, or for chargeback
billing. Kubernetes provides accounting in two forms: Legacy (introduced
in 1.6) and Advanced (the default in 1.8). Even if you’re already using
Legacy auditing, migrating to Advanced will give you better output and
more detail in what you do and don’t record. Auditing is a critical
component of AAA, but it exists independently from RBAC. I encourage you
to review the
documentation
to activate it within your cluster.

Kubernetes defines two resources for roles: Role and ClusterRole. It
also defines two resources for connecting members (called subjects) to
those roles: RoleBinding and ClusterRoleBinding. The difference
between a resource that starts with Cluster and a resource that does
not is the scope of the object. Cluster-prefixed objects apply globally
to all namespaces in the cluster. Those that do not start with Cluster
require a namespace key and only apply to that namespace. It is possible
to define a ClusterRole as a policy and then apply it to a
RoleBinding. Doing this restricts the scope of that role to the
namespace in the RoleBinding. Both Role and ClusterRole define
verbs that act on resources. For example, you might define that an
account for a monitoring system has read-only access to pods in one
namespace. For that you would use a Role:

You would assign this role to the monitoring account using a
RoleBinding:

If you wished to define this role across all namespaces, you would use a
ClusterRole and a ClusterRoleBinding, removing the references to the
namespace:

The apiGroups key defines the location in the API where the resources
are found. If you provide an empty value in this list, it means the
core API group. Other resources live outside of the core API group. If
you use CustomResourceDefinitions in your environment, you can
reference those here as well. Please read the API
Reference for more information.

If you’re concerned about the complexity of roles but still want to
implement RBAC in your cluster, you can start by using default cluster
roles provided automatically by Kubernetes. These are visible in the
output of kubectl get clusterrole, and four that you can use right
away are:

With these roles, you can start to define who can interact with your
cluster and in what way, and if you follow the principle of least
privilege,
you will grant additional privileges as necessary for work to proceed.
Running kubectl describe clusterrole {name} will show you information
about the ClusterRole, and if you get the information with -o yaml,
you can copy it, edit it, and create new Roles and ClusterRoles for
your users and resources.

RBAC changes how you approach security in the cluster. You now have the
tools to activate granular security, but as you move into using them,
move slowly, test, and experiment in a safe environment before you
modify the rules that control your production environment. Kubernetes
has reference
documentation
available about RBAC and its implementation, but like all things
Kubernetes, you might find the information overwhelming. Two other
articles that give real-world examples are from
Bitnami
and Antoine Cotten. Both
explore use cases in greater depth than the Kubernetes documentation,
and the latter includes a section on auditing. For information on how
Rancher integrates with Kubernetes RBAC, our own Hussein Galal wrote an
article
in September that explains how Rancher environment roles translate to
Kubernetes ClusterRoles. It also covers how to define groups in
Kubernetes that correspond to Rancher external authentication providers,
such as GitHub or AD. You can also join us
on November 30, 2017, when Darren Shepherd and Shannon Williams will be
demonstrating how to manage Kubernetes clusters with Rancher
2.0. Our Meetups are always exciting,
with live demos and great feedback, so
register and come learn! 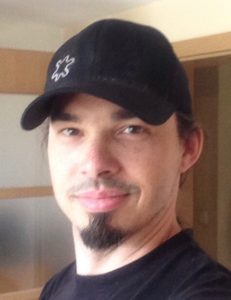 Adrian Goins is a
field engineer for Rancher Labs who resides in Chile and likes to put
out fires in his free time. He loves Rancher so much that he can’t
contain himself.

A Detailed Overview of Rancher’s Architecture
This newly-updated, in-depth guidebook provides a detailed overview of the features and functionality of the new Rancher: an open-source enterprise Kubernetes platform.