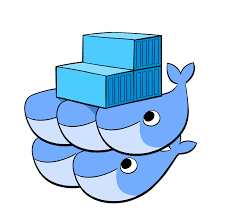 Docker containers make app development easier. But deploying them in production can be hard.

Software developers are typically focused on a single application,
application stack or workload that they need to run on a specific
infrastructure. In production, however, a diverse set of applications
run on a variety of technology (e.g. Java, LAMP, etc.), which need to be
deployed on heterogeneous infrastructure running on-premises, in the
cloud or both. This gives rise to several challenges with running
containerized applications in production:

According to the June 2016 Cloud Foundry “Hope Versus Reality:
Containers in 2016” report, 45 percent of survey respondents said their
biggest deployment worry is that Docker is too complex to integrate into
their environments.0 A big reason for this is
the density and volatility of containerized environments. Because
operating systems and kernels do not need to be loaded for
each container, containerized environments enable better workload
density within a given amount of infrastructure than more traditional
virtualized environments. As a result, the total volume of components
that need to be created, monitored and destroyed across the production
environment is exponentially larger, significantly increasing the
complexity of managing container-based environments. Not only are there
more things to be managed, but they are also changing faster than ever
before. A Datadog survey shows that, while traditional and cloud-based
VMs have an average lifespan of almost 15 days, Docker containers have
an average lifespan of 2.5 days.0 The result
is an order-of-magnitude increase in the number of things that need to
be individually managed and monitored. The complexity of these dense,
fast-changing environments is further compounded by the complexity of
the architecture. Containers are typically deployed over highly
distributed environments; on a single cluster or on a multi-cluster
environment. The makeup of these clusters is highly disparate and they
may be located on-premises, in the cloud or some combination of the two.
While 60% of containers run on Amazon Web Services (AWS), 40% continue
to run on-premises.0 Organizations therefore
need an easier approach to orchestrate containers and manage the
underlying infrastructure services for multi-container, multi-host
applications. This is particularly important for applications with a
microservices architecture, such as a web application that consists of a
container cluster running web servers to host multiple instances of the
frontend (for failover and load balancing), as well as multiple backend
services each running in separate containers.

The Docker ecosystem is very volatile and complex. Over the past few
years a flurry of third-party tools and services have emerged to help
developers deploy, configure and manage their containerized workflows as
they move from development to production. Because they are based on
open source technologies, the rate at which these tools and services
change and the volume of new documentation makes it very challenging to
put together a stable technology stack to run containers in production.
It also makes it hard for companies to build and maintain the
engineering skills needed to take advantage of the rich ecosystem.
According to RightScale’s fifth annual State of the Cloud Survey, for
companies who are not currently using containers, lack of experience was
by far the top challenge (39 percent) for container
adoption.0

Ensuring developers have the freedom to innovate

In simplifying container management, it’s important not to lose the
flexibility developers require to innovate. They need to be able to
pick and choose the tools and frameworks they want to use when they need
them. RedMonk refers to this as the “era of permissionless
development”.0^ When asked to solve a problem,
most developers no longer ask what tools they can use, they look for the
best tool for the job. They also prefer to use the most recent releases,
which isn’t necessarily the most stable version, so they can quickly
take advantage of any new capabilities. However, they are also
increasingly being required to take responsibility for ensuring that any
application logic they create runs in production and quickly fixing it
if it does not. This means that they also need to be able to roll back a
deployment if they run into issues. Developers require the freedom of
root access and they want to be able to install any open source software
they like. This is why they typically avoid traditional platform as a
service (PaaS) solutions. PaaS abstracts away containers, so developers
can focus on coding instead of managing containers. However, they are
also proprietary and are not as versatile as a home-grown open source
stacks. They constrain the developers’ ability to innovate by locking
them into one vendor or infrastructure provider.

One of the primary benefits of containers is that they are portable—an
application and all its dependencies can be bundled into a single
container, which is independent from the host version of Linux kernel,
platform distribution or deployment model. This container can be
transferred to another host running Docker and executed without
compatibility issues. Infrastructure services vary dramatically between
clouds and data centers, however, making real application portability
almost impossible without architecting around those differences in the
application. Using containers to make applications portable across
diverse infrastructure therefore requires more than just a standardized
unit for shipping code. It requires infrastructure services, which
include:

Once these infrastructure services are deployed, organizations can be
challenged with monitoring them. DevOps teams need to easily
troubleshoot issues. Monitoring and logging infrastructure performance,
and alerting DevOps teams to any issues is therefore an important
capability of any container management solution.

There are security and compliance concerns related to deploying
containers that must be addressed for larger enterprises to use them in
production, particularly those in regulated industries such as finance
and healthcare. Companies such as Docker have continued to push for
fixes and create new software and integration across the toolchain to
cope with that problem. However, there is still a lack of parity between
application container security and what enterprises are used to with
virtual machines. This includes enforcing organizational policy and
ensuring secure access to the containers and cluster administration,
including managing certificates for transport layer security (TLS).
Users and groups need to be able to share or deny access to resources
and environments (e.g. development or production) via role-based access
control (RBAC). User authentication requires integration with Active
Directory, LDAP and/or GitHub.

Containers make software development easier, enabling you to write code
faster and run it better. However, running containers in production can
be hard. There are a wide variety of technologies to integrate and
manage, and new tools are emerging every day.
Rancher makes it easy for you to manage
all aspects of running containers. You no longer need to develop the
technical skills required to integrate a complex set of open source
technologies.

Rancher includes everything you need to make
Docker work in production on any infrastructure. A portable layer of
infrastructure services is easily configured and integrated. An easy to
use user interface enables you to take advantage of a rich set
orchestration features and then deploy your containers with a single
click. The robust application catalog makes it simple to package
configuration files as templates and share them across your
organization. With over 20 million downloads and enterprise-class
support, Rancher has quickly become the open source platform of choice
for running containers in production.

It’s easy to get started with Rancher.