We have been using Rancher at the Piel.io (site is not up yet but by the
time I finish these blog posts for Rancher it will be…stay tuned…)
for several months now as we build our first Micro Service to release
publicly in the coming months. During that time, many things have
changed as Rancher moved towards the 1.0 release so it seems appropriate
that in this series of guest blog posts I will be stepping you through
how we at Piel.io have used Rancher 1.0 to facilitate our micro-service
product delivery. Nothing will be new to a seasoned Rancher pro, but
hopefully, I can help out people/teams who are just starting out. This
post, Part 1, will cover setting up your own Rancher Server. Part 2 will
be building, configuring and integrating your own Docker registry into
Rancher. Part 3 will discuss creation and usage of stacks to finally
provide you with a usable platform to describe, deploy and manage your
product offering. So let’s get started. First, get yourself a fresh
cloud vm. I purchased a $5 Ubuntu 14.04 LTS VM from vultr.com but any
will obviously do. Pre-requisites: Install Docker:

After this completes you should be able to start using Docker but
let’s just verify that it exists.

Yay. We are ready to get going. Now let’s get the latest copy of
rancher, we could specify no tag to pull because the most recent tag
maps to v1.0.0 but to future proof those who want the 1.0.0 Rancher we
will include the tag. All tags can be found here:
https://hub.docker.com/r/rancher/server/tags/.

Success! Next, I would like to keep the data persistent upon the disk.
In Docker, we do this via volumes. So go ahead and create a new folder
to house this data. 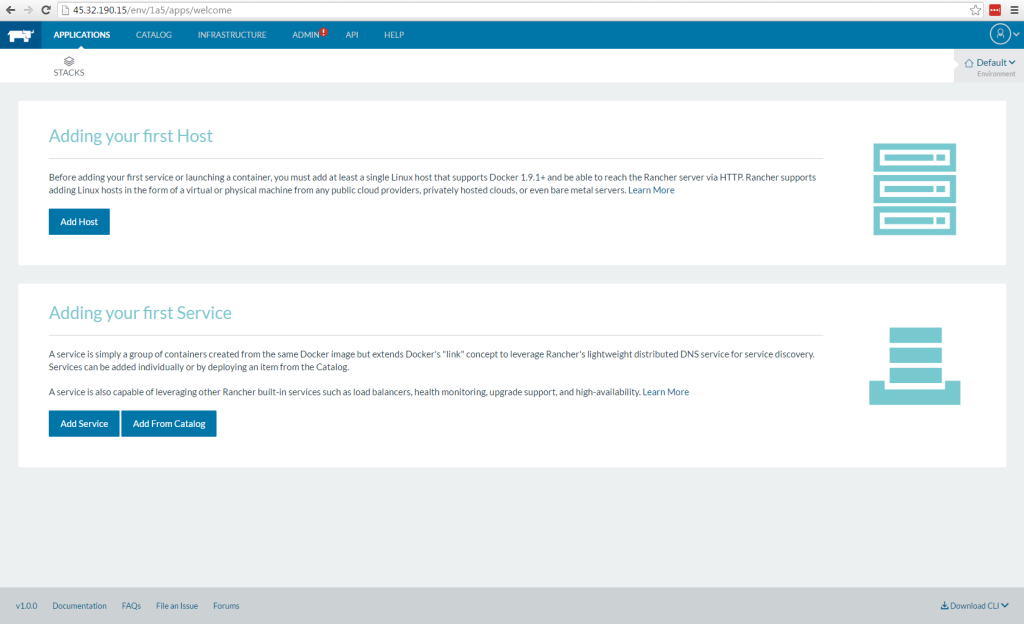 Brilliant, So we now have Rancher Server up and running on port 80 with
a persistent file storage which is helpful when you upgrade or migrate
the Rancher Server as it saves all the setup/configuration from being
repeated I will also switch the theme from light to dark as I think it
looks a lot better than the default light theme. But, it’s up to you of
course.

Anyone can obviously hit this URL and start configuring Rancher so it is
time to add some security. I choose Github authentication as all of our
team members use Github, so it makes sense. Navigate to ADMIN >
ACCESS CONTROL This page is self-explanatory and outlines the steps
you need to complete to authorize Rancher via Github so I won’t rehash
these steps.

Fill out your client and secret and click the Authorize button. A Github
authorize screen will pop up and request authorization confirmation, 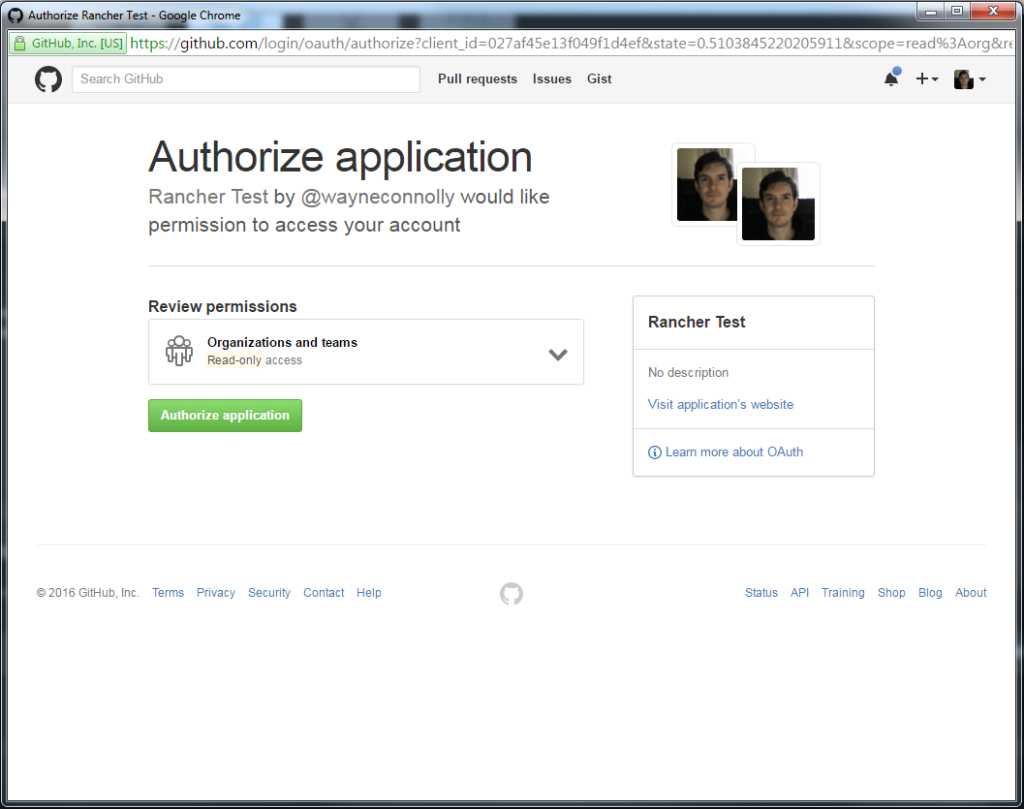 If all goes well, then we will have successfully secured the Rancher
application. 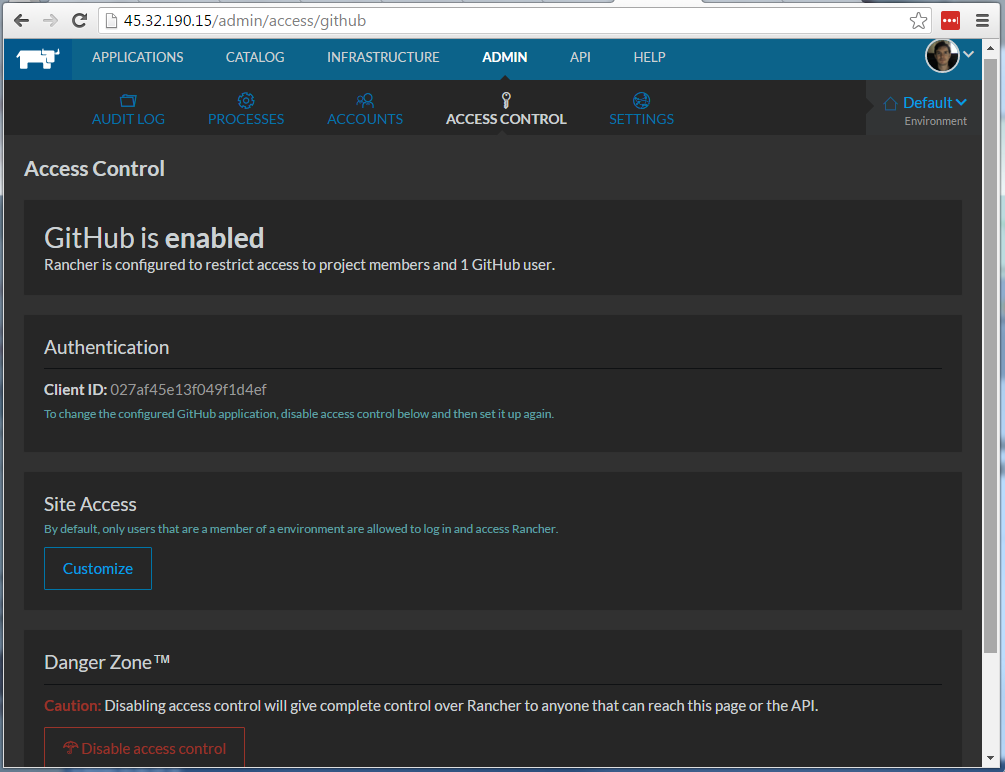 So let’s recap what has happened here: We have pulled the 1.0.0 Rancher
Server Docker image and have run it on the standard web port 80. It has
a persistent storage on the host disk in case we wish to upgrade in the
future and finally we have secured the container via Github
authorization. In the next blog post, I will create a Docker Registry
and show how we can utilize it inside of Rancher.