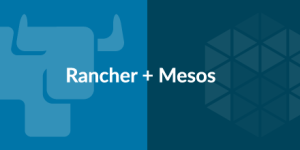 I
am excited to announce that Rancher officially supports Mesos, one of
the most popular distributed cluster managers on the market today. Mesos
is able to manage a large number of computing hosts and schedule
computing jobs to these hosts according to their CPU, memory, and
storage needs. ]

[But Mesos is much more than a distributed resource manager and
scheduler. In the past few years, the
][Mesos
community][ has
developed a rich set of frameworks to automate the deployment and
operations of large-scale distributed applications such as Hadoop,
Elasticsearch, Spark, and Kafka. With Mesos support, Rancher greatly
simplifies the effort required to run Mesos clusters and Mesos
frameworks.]

[It is a straightforward, 3-step process to set up and run Mesos
clusters on Rancher:]

Adding a Mesos environment with Rancher 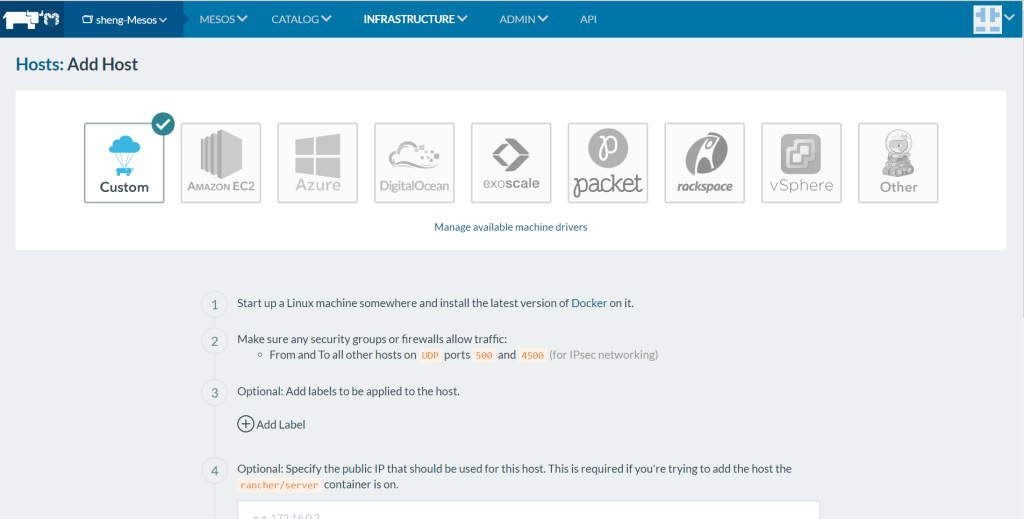 Adding hosts with the Mesos environment in Rancher 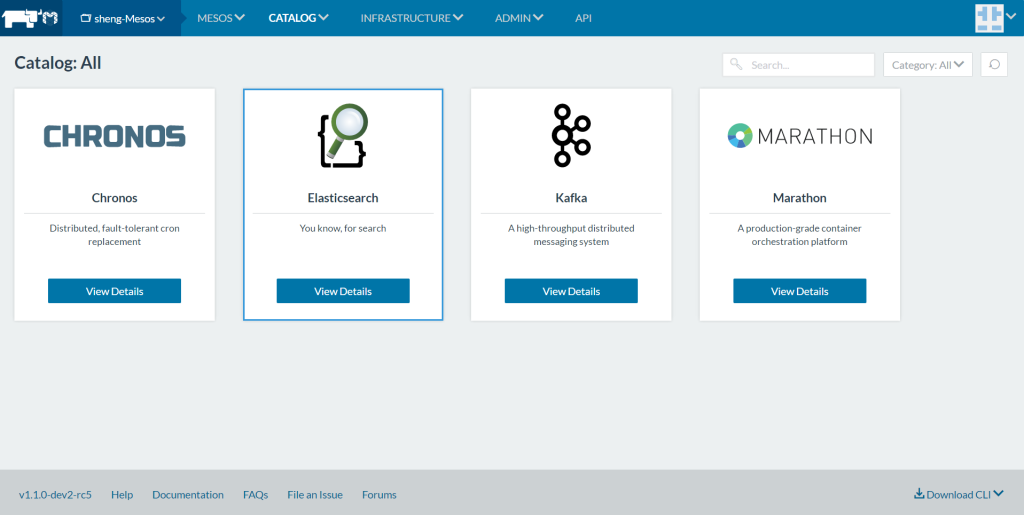 [We’ve put together a short walkthrough of this process, along with a
demonstration of the automated upgrade
capabilities.]

[By using Mesos and Mesos frameworks on Rancher, you benefit from all
the capabilities Rancher brings to run containers in
production:]

[We previewed some of these capabilities with EMC earlier this year,
showcasing EMC’s RackHD,
ScaleIO, and
REX-Ray
products:]

[You can walk through a click-by-click
demonstration of the
integration above (courtesy EMC), or view a video of the process
][here][
– it is remarkable what Rancher, Mesos, RackHD, ScaleIO and REX-Ray can
accomplish together.]

[For more information regarding Mesos support on Rancher, visit us at
MesosCon North
America,
today and tomorrow (we’re at Booth S9) or get started with one of our
free, monthly online training
sessions. You
can also register for our June Online Meetup, where we’ll be
introducing our new Rancher support for Mesos. ]