For those of us who need to get applications running in Kubernetes, having Kubernetes on the desktop is incredibly useful. When we want to focus on our applications, it’s especially useful when Kubernetes is easy to use. This is where Rancher Desktop comes in. Rancher Desktop provides easy-to-use Kubernetes and container management (something we’ll look at in a moment) for Mac and Windows.

Then there are those differences in the patch version. Have you ever run into a bug in a patch version that you needed to test or work around? I have. Being able to work with my application at a specific patch version helped me catch the issue and figure out how to work around it until Kubernetes released a solution.

Rancher Desktop helps with all of this and more. That includes things like building and testing container images in Kubernetes without the need to push or pull to a registry. This can really speed up testing – especially with large images.

To see what’s available, let’s look at some of the features in Rancher Desktop.

This is just the default version. You can choose any Kubernetes version that you like since v1.16. 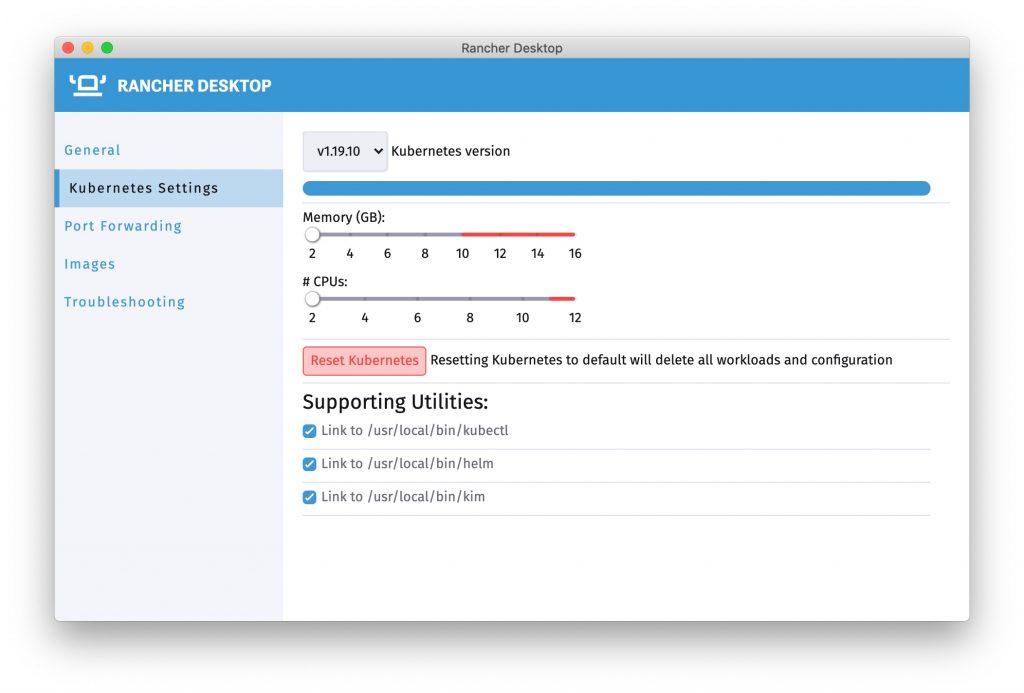 You can learn a lot by testing an upgrade of your application running in Kubernetes. Upgrades aren’t always seamless. For example, sometimes API versions go away – especially if you are using a beta version of an API. Some of those have stayed around a long time and have been used as if they are stable APIs. 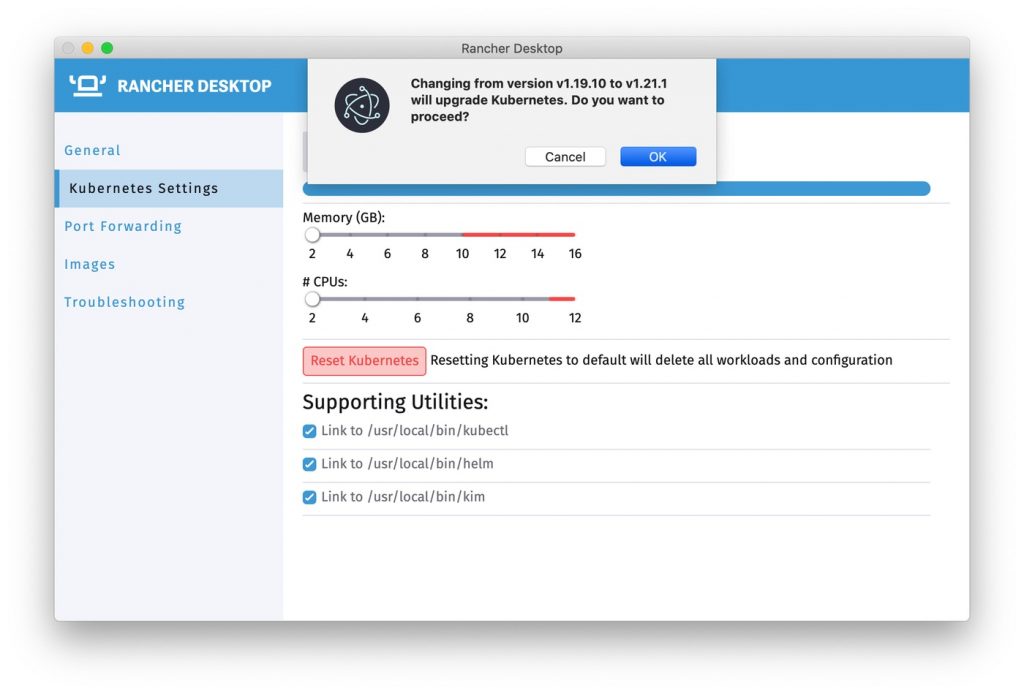 In the settings, when you change to a newer version of Kubernetes, your version will be upgraded while keeping your workloads around. This is a great way to test upgrading Kubernetes under your application. And, if you want to wipe out your workloads you can click the “Reset Kubernetes” button at any time to start fresh.

Working with container images is an important part of working with Kubernetes or containers in general. Rancher Desktop provides a means to build, push and pull images. You can already run one-off containers using the kubectl run command.

KIM, the Kubernetes image manager, works with the instance of containerd under Kubernetes to manage building, pushing and pulling images. This has a great benefit. As soon as the image is built or pulled it is available to Kubernetes. Built images don’t need to be pushed to a registry, so Kubernetes can pull them. They are already available to the container runtime.

The next image shows a terminal window and running kim build against a local directory with a Dockerfile. You can use the kim binary in place of other tools. What you see in the terminal output below is running kim and then seeing the output of Buildkit as the image is built. Buildkit is a common building block used by tools to create container images.

Once the image is built it’s immediately available to use. If you refer to the image in a Kubernetes object or using kubectl run the image will be used without needing to download it from anywhere.

Now that you’ve seen the basics of Rancher Desktop, why not give it a try? You can learn to install it on rancherdesktop.io. You can also star the project on GitHub. Let us know what you think!