Ready to make the big move to containers? If you’re thinking of moving services from an existing, non-containerized system to a container-based environment, you’re probably wondering how to do it.

While the specifics of a migration to containers and microservices will vary from organization to organization, there are general principles and best practices that you should follow to achieve a seamless transition of your apps from legacy infrastructure to a containerized environment. This post outlines guidelines for successfully moving your application into containers and discusses architecture changes that you might want to consider as you transition.

Microservices — What Are They?

When you’re at the initial planning stage of such a move, the single most important thing to keep in mind about containerization is that container-system architecture should often be based on microservices.

In general, though, a microservice can be described as a basic, functionally discrete service used by other parts of an application. A service that retrieves data from a database could be a microservice, as could one that sends data to a storage device, or that handles user input.

Specific microservice structure is, to quite a high degree, a design choice based on the overall architecture chosen for the system.

What Is Your Current Architecture?

Before you start laying out the architecture of your containerized applications, however, it is important to take a look at your current architecture.

Starting at the largest scale, non-container applications can generally be broken down into two groups: monolithic and service-oriented. They each require a somewhat different approach to refactoring for containers, so we’ll start by looking at them separately, then discuss design choices and overall refactoring strategies.

Most traditionally designed programs are monolithic. They may be made up of a single program, with supporting libraries, services, and configuration files, or a handful of programs with supporting resources. In both cases, however, most or all of the core functionality is contained in one or a few binary files, with the services making up that functionality operating and communicating with each other within the application boundaries defined by those binaries.

Desktop applications have traditionally been monolithic, as have most network-based applications. In a desktop or local area network environment, monolithic architecture generally makes good sense. It’s usually fairly easy to install and update, the monolithic design makes it easy to keep track of the components, and desktop/LAN use generally doesn’t put too much strain on the application’s resources.

In a cloud-based or Internet-based environment, however, monolithic applications can be large, clumsy, slow, difficult to update, and inadequate for handling large volumes of traffic. They are also unsuitable for continuous delivery, and for most of the practices that make up DevOps.

Refactoring a monolithic application for containers can require a wholesale redesign at the conceptual level. Even if the application’s architecture defines its internal services in a reasonably clear and discrete manner, the actual breakdown into microservices is likely to require significant changes to the boundaries of those services, and the ways in which they communicate with each other. For most monolithic applications, it will require many of the services to be completely redefined, or to be defined from scratch.

It is also possible for a large, non-container application to already have a service-based architecture.

A point-of-sale application, for example, might consist of separate programs to handle sales, inventory, customer records, ordering, shipping, variances, taxes, accounts receivable, and accounts payable. Since each module is a separate program, it has a clearly defined application boundary, with communication between modules crossing that boundary, very much like a container-based application.

This architecture, assuming that it is satisfactory, can serve as the basis for any further breakdown into microservices, if such a breakdown is necessary. Further breakdown could be based on breaking the existing modules into smaller services, on abstracting generalized services (such as a single database-access or receipt-printing microservice), or on both.

On the other hand, if the existing modules are already small, discrete in function, and well-organized, it might be sufficient to place them into containers with a minimum of modification. 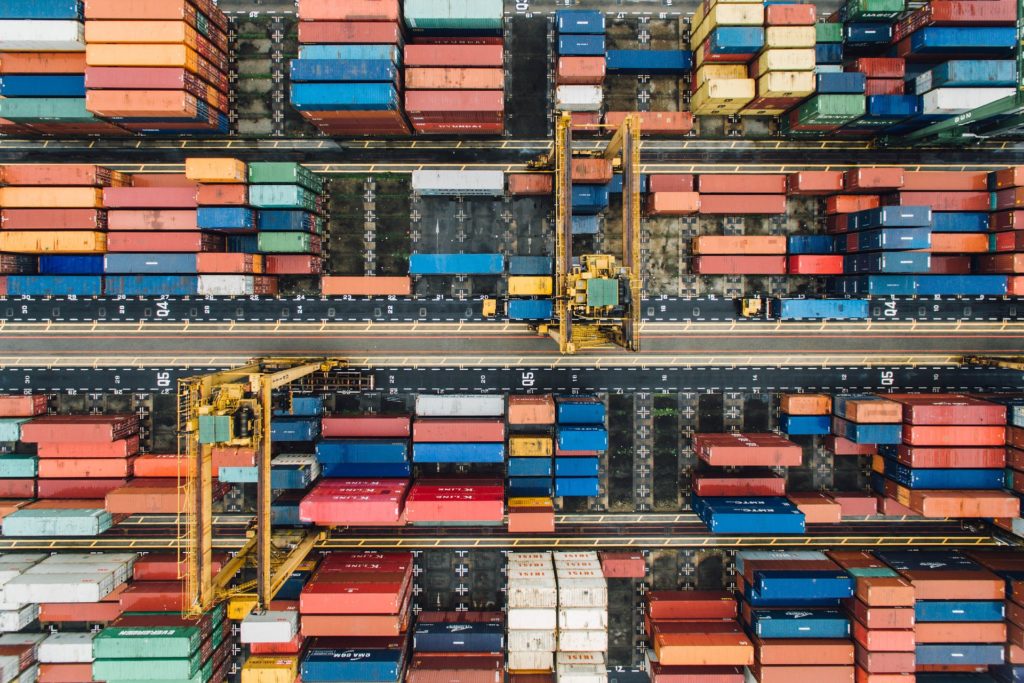 What Do You Do With a Monolith?

It should be clear at this point, then, that breaking down a monolithic application into microservices is generally a much more complex and challenging task.

As indicated above, the first step is to redefine the architecture in terms of microservices. This redefinition, along with the actual breakdown into the microservices themselves, is often referred to as decomposition.

There are some basic patterns for decomposition; in many ways, which pattern you choose is less important than understanding the basis and fundamental nature of the pattern. In practice, decomposition of a monolithic application into microservices frequently involves more than one pattern, depending on the functional requirements of the system.

Let’s take a look at some of the ways you might decompose a monolithic application.

In the online store example, a set of customer actions, such as selecting and purchasing items, could be a use case, as could a purely internal action, such as updating the inventory, customer, and transaction databases after a sale.

Breakdown by functions is another common pattern of decomposition. A sales transaction could be defined as one functional unit, for example, with credit authorization as another functionally defined service. You could define functional domains based on such things as variance tracking, shipping, and automatic restocking.

Functional decomposition is very similar to use cases, but it is defined more by the actions being performed than by the actors.

There are many situations where it is best to define specific microservices in terms of resources.

Once you’ve settled on an overall pattern for decomposing your monolithic application, you can start the process of breaking it down into microservices. Ultimately, your goal should be to reduce the entire application to a set of microservice-level containers which can be managed and deployed as needed to provide the same set of services (with any required additions or enhancements) as your original monolithic application, only with greater speed, traffic volume, and flexibility.

The good news is that you don’t need to break it down all at once. Large-scale service-oriented architecture of the type described above can serve as an intermediary stage. You can initially break your monolithic application into large service-based chunks, then break those down into smaller services, and smaller services after that, until you finally reach your target level of microservices.

Or, as an alternative, you could start by separating out clearly definable services and breaking those down into container-based microservices, then breaking down the remaining parts of the application in a similar manner, a few at a time.

Whichever approach you take, the key points to keep in mind are that your microservices should be clearly defined, and that those definitions should make sense in terms of your application’s overall function and architecture. As long as you follow those principles, your transition to microservice-based containers should be successful.