Your Next Steps for Migrating to SAP S/4HANA 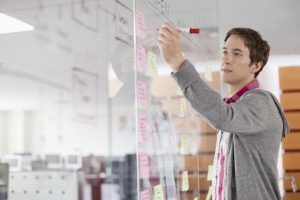 Technical Architects look at migration projects from a rather particular perspective, as they are those who drive innovative ideas and projects to shape a company’s future. Technical Architects align with the CIO’s strategy and vision, follow the relevant business directory, consider the realities of a business’s capabilities, and maintain a deep expertise in SAP solutions.

In other words, they steer the company in the right technical direction.

Clearly, when considering the migration to SAP S/4HANA, the Technical Architect will have a lot to say. SAPinsider recently ran a survey to determine the state of the market for implementing this solution. The results discovered that over half of respondents (52 percent) are currently performing some level of evaluation of SAP S/4HANA – which covers a wide range of activities, including early information gathering, building a business case, and running small pilots.

But what did this survey have to say about the Technical Architect’s position on the migration experience? Let’s find out.

According to the survey, those who were early adopters were driven by digital transformation and competition and:

Those who were late adopters were driven by deadlines and:

Where Are Customers Now with Their SAP S/4HANA Journey?

The decision to move to SAP S/4HANA is most often determined by an organization’s ERP strategy (and what drives that strategy). According to the survey, there is one driver that is perfectly inline with the role of the Technical Architect: Focus of business and management on innovation and digital transformation. Of those surveyed, nearly 60 percent of early adopters considered this to be a key driver (versus 40 percent of late adopters).

According to the SAPinsider survey, nearly a third of the respondents will start testing the waters of migration in 2020. Investment in in-memory databases (such as SAP S/4HANA) will see a significant increase (with 28 percent of late adopters making the migration within the next two years).

How Are Customers Approaching the Move to SAP S/4HANA?

The move to SAP S/4HANA is a major transition, requiring a range of technical and strategic considerations. According to those surveyed, the key capabilities for such a migration are:

One particular area that Technical Architects will consider is how SAP S/4HANA is deployed. A majority of survey respondents (60 percent) indicated they would be choosing a cloud deployment. Many executives at these organizations are pushing to migrate processes and technology to the cloud to lower costs, simplify the IT organization, and provide the most current technology at a faster pace. Of the types of cloud deployments indicated by those surveyed, the following types of cloud deployments were being considered:

What Outcomes Are Customers Reporting?

There were four main factors affecting the length of the migration project: Amount of custom code targeted for the migration, size and scope of the project, status and knowledge of data, and in-house skillsets and training.

The biggest challenge for the migration reported by respondents was custom code. Of those surveyed, 31 percent of early adopters claimed that the amount of custom code had a significant impact on the migration length and complexity. Coupled with the new table structure within SAP S/4HANA, there can be unexpected challenges for those who come into the project ill-prepared.

From those surveyed, who consider themselves early adopters, there were a few key steps that can ensure a successful SAP S/4HANA migration (each of which will be of importance to Technical Architects). Those steps are:

For a more detailed breakdown on where customers are in the SAP S/4HANA move, read the full report here.

3,244 views
Michael TabronI'm a SUSE Product Marketing Manager focused primarily on open source solutions for SAP applications across all platforms. I joined SUSE in 2015, and have over 20 years of experience with hardware and software marketing.
Back