Where are customers in their SAP S/4HANA migration journey? 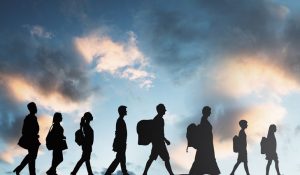 A major migration requires careful planning and testing, which take time. One the other hand, waiting longer doesn’t make the upgrade any easier. If you’re a systems engineer or IT specialist contemplating an upgrade to S/4HANA, you might be wondering how your peers in other organizations are navigating the upgrade path.

Between the months of February and March of 2019, SAPinsider ran a survey to understand where SAP customers are with SAP S/4HANA. The results of that survey found a majority of respondents (seventy percent) are, in some way, moving toward this new solution.

Those who hold off on adoption were driven by deadlines. The holdouts:

The decision to migrate to a new enterprise solution such as SAP S/4HANA is primarily determined by a company’s ERP strategy. Organizations gave the following reasons for upgrading their ERP technology:

What is Holding the Hold Offs Back?

Expense (46%) and competing priorities (54%) are the primary reasons preventing some organizations from migrating immediately, but some IT directors also report that they are restrained by lack of resources (41%) and insufficient knowledge of the S/4HANA environment (43%).

Because SAP S/4HANA is not an up front priority, most hold offs are spending little to no time getting up to speed on the potential impact it could have for their company. This issue is even more pronounced with a lack of resources becomes an issue. As a result, many people in this particular group will be holding off until the 2025 deadline to get started on the migration to SAP S/4HANA. By that time, those businesses will already be behind in the process and will have to spend considerable effort getting up to speed faster than necessary.

For a more detailed breakdown on where customers are in the SAP S/4HANA move, read the full report here.