The Road to Invisible Infrastructure | SUSE Communities
< Back to Blog

The Road to Invisible Infrastructure 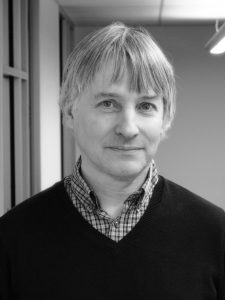 Here at 451 Research, we’ve started using the term ‘Invisible Infrastructure.’ Given that analyzing the evolution and adoption of datacenter infrastructure forms the core of our research agenda, what exactly do we mean by that? Is infrastructure going away?

The story of IT over the last 50 years is the story of infrastructure. Massive innovation and improvements in the performance, capabilities and configuration of CPUs, hard disk drives, networking infrastructure and memory chips have formed a fundamental enabling layer that powers our ever-evolving digital world. It has been burned into our collective psyche that without the silicon chip, none of this would be possible.

Yet how quickly our world is changing. In the decade since the launch of the iPhone, the concept of ‘cloud’ has entered the public consciousness as the place where our digital information and services live. The word itself evokes not physical infrastructure, but a more amorphous destination – ask the average person in the street exactly where the cloud is, and they will most likely shrug their shoulders.

In the course of two decades, the hardware layer of infrastructure has mostly commodified, with the value shifting to software and services. Consequently, to the consumers, the actual infrastructure itself – the place where logic is processed and data is stored – is less relevant. If it is secure, compliant, reliable, available on demand and cost-effective, they are happy. To the end user, the underlying infrastructure is almost entirely invisible.

This is not to say that infrastructure itself will cease to be important – we actually believe the reverse to be the case. Nor does it mean that the actual location of the infrastructure underpinning the ‘cloud’ does not have a bearing. Arguably, it will be more important than ever as the number of ‘execution venues’ continues to grow, as more data is created at the ‘edge’ (with immediate action often required), and as social-political-economic uncertainty – everything from data sovereignty, net neutrality, protectionism and terrorism to state-sponsored hacking, to name just a few – continues to raise questions about who really owns our data and who may have access to it.

Driven by the cloud’s consumption-based, service-driven model, the principles of Invisible Infrastructure are already reshaping the IT and communications landscape. We’ve seen evidence of this in the rapidly growing adoption of software-defined technologies, representing a broadening of first-wave virtualization beyond compute and into adjacent domains, primarily networking and storage. Software-defined technologies span on-premises systems and cloud services with a higher level of abstraction, and they are equally applicable to small businesses and the largest hyperscalers. Paradoxically, they are already playing a role in the adoption of new hardware technologies, such as accelerators for artificial intelligence and deep learning.

Over the next decade, this impact will expand to cover the full range of infrastructure elements, including hardware and software, hosting and managed services, networking and telecoms, IoT/edge and datacenter technologies. Radical new business models for the cloud era will emerge. Internal IT departments must be redefined for the age of automation. Communications service providers will turn into something much more interesting: digital service providers. Datacenters will deploy critical, highly distributed infrastructure that self-optimizes. All parts of the Invisible Infrastructure will grow into an interconnected fabric, where processing is done wherever and however it is needed.

If the story of IT over the last 50 years is the story of infrastructure, the rate of change over the last decade has accelerated principally because of automation. Cloud is a proxy for the removal of manual processes across an organization, and automation is central to the proposition of providers and partners delivering services and infrastructure. With that in place, the focus moves higher up the stack.

IT is now always on, always available and always where you need it. Getting access to a server, storage or even a full-blown instant-on development platform becomes as easy as turning on the tap for a glass of water. It can be as cheap or as expensive as the buyer likes based on preference alone, it will (almost) never fail, and it requires the user to do nothing but make use of said IT utilities. Moreover, in the most beneficent paradox of economics, the cheaper a basic good or service gets, the more of it there is. Commodities become ubiquitous, and as infrastructure sinks into invisibility, what providers and customers choose to do with it will become paramount.

If you are planning or beginning your journey along the road to Invisible Infrastructure, or have been traveling for a while and have found the journey to be less smooth than you’d anticipated, click here to download the 451 Pathfinder Report ‘The Future of Infrastructure and the Software-Defined Organization.’ SUSE and 451 Research will also be discussing the topic further in a webinar, outlining the eight essentials for software-defined infrastructure and looking at support for new cloud-native applications on October 23, 2018 – click here to register.

5,768 views
Matthew JohnsI have over 20 years' experience in the IT, cloud and hosting industry gained in a variety of roles spanning project management to product release and product marketing. I’m responsible for product marketing for SUSE OpenStack Cloud, and have been working with OpenStack since it was released in 2010. Outside of work, I enjoy running, cycling, great beer (craft, cask, keg - call it what you like as long as it tastes good), spending time with my family, playing the piano and charity fundraising – I’ve been supporting the Movember Foundation since 2006, and have run multiple races, climbed mountains and cycled around the UK for many charities over the years.
Back