The future of OpenStack? 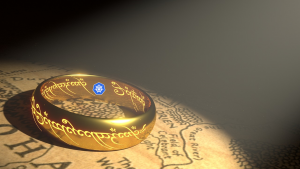 Since the 2018 rebranding of the OpenStack Summits to the Open Infrastructure Summits, there have been some naysayers claiming that this signals the beginning of the end for OpenStack. Some say that Kubernetes will become the “one ring” to rule them all, leaving OpenStack languishing at the wayside.

Is OpenStack dead? Does it have a future?

Before we can answer these questions, let’s take a look at its past to give some context. Since its original release in 2010 as a joint venture by Rackspace and NASA, and its subsequent spin-off into a separate open source foundation in 2012, OpenStack has seen growth and hype that was almost unparalleled.

I was fortunate enough to attend the Paris OpenStack Summit in 2014, where Mark Collier was famously driven onto stage for a keynote in one of the BMW electric sports cars. The event was huge and was packed with attendees and sponsors – almost every large technology company you can think of was there. Marketing budget had clearly been splurged in a big way on this event with lots of pizazz and fancy swag to be had from the various vendor booths.

Cycle forward 4 years to the next OpenStack Summit I attended – Vancouver in May 2018. This was a very different affair – most of the tech behemoths were no longer sponsoring, and while there were some nice pieces of swag for attendees to take home, it was clear that marketing budgets had been reduced as the hype had decreased. There were less attendees, less expensive giveaways, but that ever-present buzz of open source collaboration that has always been a part of OpenStack was still there. Users were still sharing their stories, and developers and engineers were sharing their learnings with each other, just on a slightly smaller scale.

What happened? Well, in short, OpenStack grew up. As Frederic Lardinois of TechCrunch put it:

Hype is all well and good when something is building its brand and reputation, but it can kill a perfectly good product. You know what they say about too much of a good thing…

Today, OpenStack is used by companies big and small, in deployments of all sizes – ranging from thousands of cores to just a few nodes. OpenStack isn’t just about building large clouds, it’s ideal for anyone who wants the agility and flexibility of the software-defined infrastructure. At the Open Infrastructure Summit in Denver in 2019, James Penick from Verizon Media talked about the millions of cores they run that are all largely powered and managed by open source technology, including OpenStack. Dr Stefan Bucher from Deutsche Telecom shared that they operate 238,600 cores on OpenStack, adding around 400 servers per week.

At the 2018 OpenStack Summit in Berlin, Oerlikon revealed that they use OpenStack for their Data Center in a Box edge computing product, enabling manufacturers of synthetic yarn to more easily digitalise their data centres using Oerlikon’s Plant Operation Center workflow management system. They chose OpenStack over other available options because they needed something that was cost-effective, secure, mature and stable, and could be designed for high availability.

They’re not the only ones – a quick look around the official OpenStack User Stories page reveals many more household names. Ranging from retailers like Target and Walmart, to airlines like 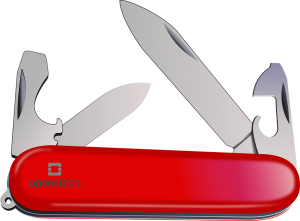 OpenStack in the future

Recognising that there is more to life than just the OpenStack code base, new pilot projects have added to the OpenStack stable – Airship, Kata Containers, StarlingX and Zuul. All are already building a big following, and are becoming part of enterprise software plans. Airship is a great example – both SUSE and AT&T have been heavily involved in this lifecycle management tool and are building products and services that use this. To see more about how we at SUSE plan to incorporate Airship into our portfolio, check out this recent webinar that discusses our plans to containerise OpenStack in 2020, and find out more about how you can get involved in the technical preview of this.

SUSE’s own Alan Clark is the chair of the board of the OpenStack Foundation, and he spoke at SUSECON 2019 about the future of OpenStack. Check out the video here to get his thoughts on this subject too.

One thing’s for sure – OpenStack isn’t going anywhere. With enterprises around the world trusting it to run their business-critical systems and applications, it may have lost its position as the new, exciting and cool technology of the day to Kubernetes, but it has moved onto a plateau of stability and maturity. As this Forbes article says, it’s even got its swagger back! We’re seeing increasing numbers of customers that are moving to a containerised infrastructure talking to us about using OpenStack as the stable and secure base environment to run their Kubernetes implementation.

If you’re looking for something that enables you to make better use of your existing hardware, doesn’t lock you into expensive support contracts and has a vast global community of engineers (over 100,000 members across 187 countries and growing by around 33% year on year), then OpenStack could be the solution for you. SUSE OpenStack Cloud is the original enterprise-ready distribution, backed by over 25 years of engineering excellence with a world-class support organisation ready to help you jumpstart your private cloud implementation and provide support as you continue on your journey to digital transformation.