The brains behind the books: Julia Faltenbacher | SUSE Communities
< Back to Blog

The brains behind the books: Julia Faltenbacher 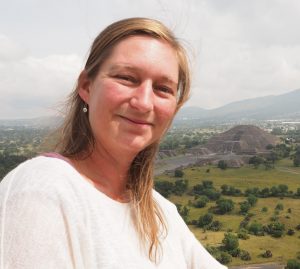 This article has been contributed by Julia Faltenbacher, Technical Writer at the SUSE Documentation Team.

It is part of a series of articles focusing on SUSE Documentation and the great minds that create the manuals, guides, quick starts, and many more helpful documents.

From north to south 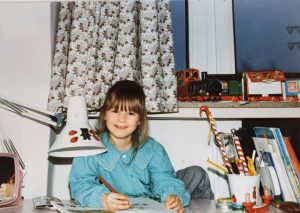 My first job as technical writer

My name is Julia, I was born in Bremen. This beautiful old Hanseatic city is situated in the north of Germany, close to the North Sea.

When I was six years old, my parents and I moved to Rosenheim in Bavaria, which is on the southern end of Germany. Rosenheim is a rather small city, close to the Alps. I consider this my first “experience abroad”, as Bavarian people are very different to the Northern German people. They have a very strong accent and a special dialect.

It took me years to understand the Bavarian dialect, and I still can’t talk like them. And still, I am learning new Bavarian words I have never heard before.

From west to east

Maybe this very first experience of learning a new “language” created my curiosity in languages, so I signed up for translation studies in German, English and Spanish at the University of Applied Sciences in Magdeburg. This town in eastern Germany was part of the former German Democratic Republic – until the reunification of our country in 1989.

Out into the world

Skateboarding in the U.S.

While I was still at high school, I worked as an au pair in New York for a year. I lived with a lovely family in the Upper West Side. Being 18 years old, spending a year in this stunning city was one of the best times of my life. I made friends with a bunch of people, they got me into skateboarding, and I spent all my evenings and weekends hanging around and practicing my skating skills in Central Park. So I am one of the very few that did not return from the U.S. with some extra kilos ?.

If you asked me what I miss the most from this time, it would definitely be Central Park and all its people – if it fit into my suitcase, I would have taken this great spot with me back to Germany.

During my studies I spent a year in Valencia, Spain, which was just the right thing to do to gain expert level of the Spanish language… and of course I enjoyed very much the Spanish way of life, dancing and music. One of my most sparkling memories is the inauguration ceremony of the Ciutat de les Arts i les Ciències where there was a free concert from Björk – her music and the stunning architecture went together really, really well. 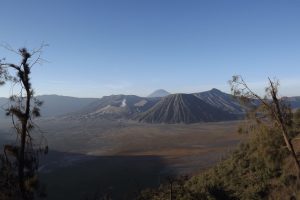 I also spent half a year in Puebla, Mexico, where I did an internship as a translator at Volkswagen de Mexico S.A. Puebla is located south of Mexico City, at an elevation of 2.135 m, and close to the volcano Popocatépetl. Amongst all the places I have been to, I like Mexico the most.

I love this place – they just have everything: forest, jungle, the most beautiful beaches, volcanos, and many, many amazing historic sites. I love Mexican music, I love the Mexican people, and I adore the food (always with «sal y limon» on top). This is also where I discovered my love of volcanos. And since then I (almost) only choose travel destinations where there is at least one volcano – like Indonesia, Cabo verde, and Sicily ?.

Back home and into the world of Linux and open source

After I finished my translation studies, I first worked for a translation agency which also develops translation tools. During my studies I focused on terminology work, so my first job was to advise customers on terminology questions, and help them to implement terminology tools and processes. In 2008 I moved to Nuremberg. Since then I have worked for several software companies, setting up translation tools and processes for the localization of UI -strings, user documentation and marketing materials. I also did further training in technical writing at the University of Applied Sciences in Karlsruhe – then I changed to the topic of writing user documentation. Localization and terminology topics were always part of my working duties.

Now it looks like I got finally settled here in Nuremberg. I don’t feel the urge to move any more. I am really happy that I’ve found such a nice town, where I now live with my little family.

But I still wasn’t settled enough when it comes to my career: in January 2021, I joined the SUSE documentation team. Linux and open source are new to me, and I would have never thought that one can explore a new culture and new worlds without traveling or moving – but this is just how it feels to me at the moment.

I am glad that I joined the chameleon family. I was given a very warm welcome by my team and hope I can get settled here as well.

2,729 views
Meike ChabowskiMeike Chabowski works as Documentation Strategist at SUSE. Before joining the SUSE Documentation team, she was Product Marketing Manager for Enterprise Linux Servers at SUSE, with a focus on Linux for Mainframes, Linux in Retail, and High Performance Computing. Prior to joining SUSE more than 20 years ago, Meike held marketing positions with several IT companies like defacto and Siemens, and was working as Assistant Professor for Mass Media. Meike holds a Master of Arts in Science of Mass Media and Theatre, as well as a Master of Arts in Education from University of Erlangen-Nuremberg/ Germany, and in Italian Literature and Language from University of Parma/Italy.
Back