The brains behind the books: Alexandra Settle 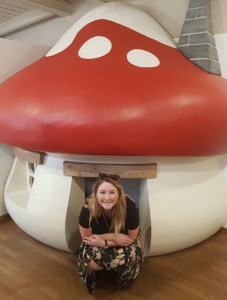 The content of this article has been contributed by Alexandra Settle, Technical Writer at the SUSE Documentation Team.

It is part of a series of articles focusing on SUSE Documentation and the great minds that create the manuals, guides, quick starts, and many more helpful documents.

A dream of ice cream shops and Lego stories

My name is Alex, I was born in Brisbane, Queensland, Australia and grew up on the north side of the river – which is a very important distinction to anyone from Brisbane. Brisbane is more commonly referred to as Brisvegas, or Brisneyland, depending on who you’re speaking to. It has a cute town feel with the added bonus of being big enough that you won’t bump into anyone you don’t want to talk to.

I lived in Brisbane my whole life until recently, attending primary and high school local to the area I lived in. My favorite subjects were English, Art, and Information Technology Systems (which was mostly learning to use the Adobe Suite, but it was all for the grand prize of a Cert 2 in Information Systems). My least favorite subject was Math, but I admittedly didn’t try very hard.  As a child, I envisioned myself working at the local ice cream shop and eventually studying journalism. I loved writing and had been writing stories since I was about eight years old – mostly focused around the daily lives of my Lego characters. The only thing I was ever really sure about after graduation was that I’d go to university.

A barista majoring in creative writing

I started my first-ever job at the age of fifteen at a Brisbane-based coffee chain called Zarraffas – my mother thought the experience would be “character building”. I continued to work there for nearly six years on and off, at different locations. I’m a fully-qualified Barista but I prefer to drink plain black coffee. Until I was twenty-one, I studied full-time and I went through a variety of jobs in six different companies in the hospitality industry.  My worst job was at a Turkish restaurant when I was sixteen. The location was hugely popular, very busy and I had no idea how to properly be a waitress. I received little guidance on what exactly I was supposed to be doing, so I spent more time on my phone instead of serving customers. Getting fired for the first time was certainly “character building”.

My parents worked incredibly hard to get where they are, and I am insanely proud of their success as individuals. My mother was a shift work nurse who raised three kids while working in Pediatric Oncology and my father is a civil engineer. I have two younger brothers, and my father was desperate for at least one child to end up in an engineering field. On the other hand, my mother was encouraging of everything and anything, provided it paid for my (clothing) bills. She often would come up with strange occupations (such as crime scene clean-up) and educate us on how to get into these lucrative businesses. Regardless of all this, I started a teaching degree in secondary education (not at all related to the ice cream shop dream) to teach English and History. But that only lasted 18 months after I figured out I wasn’t prepared to put in the work to be a teacher, and I switched to Creative Industries (BCI) and majored in Creative and Professional Writing, minoring in Journalism (half of my dream coming true).

A writing career in IT

My first job after university graduation was at Red Hat. There I met two people who hugely influenced my career in the IT industry: Lana Brindley (who later moved to SUSE), and Dan Macpherson (who is still working at Red Hat). Lana hired me as an intern at Red Hat, and subsequently as a full-time employee after I graduated. Dan was my mentor while I was an intern, and he shaped my love for the industry by letting me ask 54 million questions a day and introducing me to cowsay so I could show my friends. My next job was at Rackspace as a technical writer for OpenStack upstream. During that time, in 2016, I moved from Brisbane to London, where I am still living today with 3 dead succulent plants, a high-maintenance plumbing system (see here to read about London’s fatbergs), and my partner in crime, Andy.

A year ago I moved to SUSE after my friend Lana, already working as a technical writer at SUSE, forwarded my resume to the SUSE documentation team lead. For the past year, I’ve worked on cloud documentation for upstream OpenStack and for SUSE OpenStack Cloud and recently, I made the switch to focus on documenting our SUSE Enterprise Storage solution. 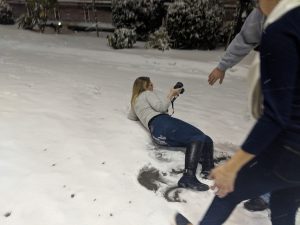 One of the best decisions of my career so far has been working for OpenStack. I’ve had the opportunity to become a large part of the community as Project Team Lead and an elected Technical Committee member, serving as vice-chair for the first six months of my tenure. I have learned so much and met so many smart and interesting people from varied backgrounds. Last year, I went to the Dublin Project Team’s Gathering (PTG) and the snow storm (“The Beast From The East”) that hit the UK and Europe happened while we were there, and we all got trapped in the hotel from 4pm onward. The drinks were flowing, and everyone was having a great time. Long story short, I ended up in a snowball fight outside where I fell over and badly sprained my ankle. The fall was documented by a good friend, who so kindly decided it was my best angle for a photo shoot.

Technical writing was clearly not my first choice in career, like many of my colleagues who had other interests and ideas for their futures. For starters, I didn’t even know it was a career option when I graduated. Technical writing is a lot about self-discipline, self-teaching, asking questions, and putting yourself out there and recognizing you don’t know the answers to many things (and you’re not supposed to). Communication can be hard when you’re working across time zones and cultures. But it’s also incredibly rewarding to meet so many amazing people (Shout out to Dmitri Popov for asking to include a shout out to him, and also because he’s pretty cool and made my first year at SUSE a breeze).

Winnie-the-Pooh, my favourite honey eating bear, says it all: “When you are a Bear of Very Little Brain, and you Think of Things, you find sometimes that a Thing which seemed very Thingish inside you is quite different when it gets out into the open and has other people looking at it.”

A deeper look inside 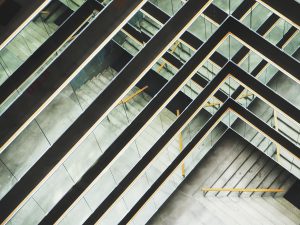 Going forward, I am not yet sure if I have ultimately decided what I want to do with my life, but I’m looking into further study into communications and public relations. I’m hoping that I can use my experience with the industry, and my love of communication, to create a career that incorporates both my creative dreams and my accidental love for working in tech. Maybe one day I’ll get to work for that ice cream shop.

If someone gave me £1 million today, I would pay off my mortgage and student loans (how boring am I?) and tick off a couple of my travel bucket list items: Africa (yes, the whole continent), Russia via the Trans Siberian Express, South Korea, and India.

My favorite thing to do is watch really bad romantic comedies that have awful story lines with a nice Australian red wine. Some of my favorite songs are “Bleed to Love Her” from Fleetwood Mac or “Caribbean Blue” from Enya. I currently can’t stop listening to “Die Young” by a Brisbane-based band, Sheppard, and “Here You Come Again” by Dolly Parton.