The brains behind the books: Markus Feilner | SUSE Communities
< Back to Blog

The brains behind the books: Markus Feilner

This article has been contributed by Markus Feilner, Team Lead of the SUSE Documentation Team.

I really didnt’ anticipate what would be the long-term result of this night.

No one did, then. It was late 1994, and this nerdy guy I knew brought a plastic bag full of floppy disks to my student apartment. He was “in IT” and I was studying English Studies and Geography for being a teacher, struggling with Chaucer and advanced statistic methods while loving Shakespeare, Byron and climatology.

I also liked my PC. In late 1994 I was running OS/2 while we were all waiting for Microsoft to finally publish Windows 95 and running games on DOS with 32bit (sic!) extensions. At university, we had a SUN Sparc cluster with a desktop that never crashed. After one night of playing disk jockeys and drinking lots of Zoigl beer, S.u.S.E. Linux 1.0 had been installed. My nerd friend mumbled something like “If you like the Sparcs, you’ll like this. And you’ll learn a lot.” He was right.

Less than a year later, my 386 computer with 40 Mhz would run three operating systems (OS/2, DOS/Win311 and Linux). During daytime I was taught how to do presentations and creative writing, at night I struggled hard with command lines and modelines , trying not to break my new 28 kilo 15 inch SVGA monitor.

Later came the modems, Napster and ISDN: My probably oldest list post still around is about channel bundling ISDN with the Regensburg university as provider.

Since Germany didn’t really offer jobs for teachers then, I switched to full-time Geography, and my Linux/Unix skills helped to get a job as an assistant (in German we call it “HiWi”) at university. Killing the professors session during his lectures and being caught probably made a friend and me the best choice for helping in IT projects. For example, we found us administrating the brand new UltraSPARC 64-bit machines we used for satellite imaging, statistics with R and SPSS and Geographical information systems. I learned that both R and GIS had a history far older than Linux, like so many scientific stuff.

Mind your own business!

External projects included mapping and web design, and soon I “had to” found my own business which grew fast with Linux trainings, consulting, writing documentation and all-in-one SME servers. Next year my company will have it’s 20th birthday. With the help of another “Regensburg connection”, I ended up writing the Linux training material for most of the German universities and their data centers, then some books on OpenVPN and Groupware. At the same time we were hating IPSec and waiting for kernel 2.6 to clean up the mess, and I was mostly selling and maintaining Firewalls, VPN-Server, Routers and Proxies to and for hospitals, administrations and small and medium-sized enterprises.

In 2005 I decided it was about time to gather some bigger enterprise knowledge. Thus I hired at Millenux, a “bleeding edge” Linux company which brought me into tender negotiations with the cities of Munich and Vienna and “bigger” customers than you can usually reach as a freelancer. Looking back, those years were where I really learnt the difference between “Hornbach IT” (“There’s always something that needs fixing – Yippiedayayippieyeah”, thanks so much, Tom!)  and professional IT solutions.

Only a few years later I got hired by Linux Magazine Germany, for an enterprise branch of their magazine, and in 2009 I became deputy-editor in chief which I stayed until 2015.

I enjoyed that time, as a digital nomad I would meet and interview prominent Linux people from Ari Lemmke (who gave Linux its name) to Phil Zimmermann (inventor of PGP) and Mark Shuttleworth to Linus and his wonderful Finnish parents. I was allowed to host and discuss with high-ranking politicians from the European and the German parliaments and started focusing on net politics and the human factor in IT. 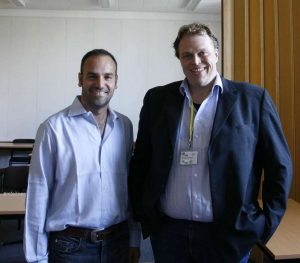 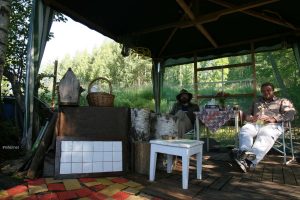 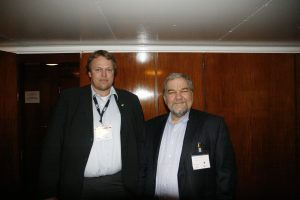 Again some years later, I accepted the next big adventure: I hired at a software vendor, as a manager. What I found there, at SUSE, was a team of 5 extremely skilled and experienced documentation experts, some writers had more than 20 years on their backs. My mission was clear: Grow the team and increase its visibility – “Do good things and talk about it!”

Despite its more than 25 years, SUSE felt like a mature start-up, and as a boss and “personal firewall” (as the team would call me), I was allowed to nearly triple the team size, 40% of which are female writers (and technology experts!!) today. I learnt what it means to “lead a world-wide remote team”, including budget and staff responsibility. 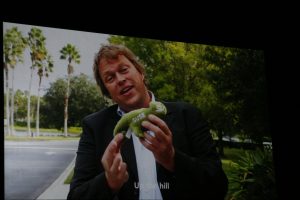 This awesome team is managing more than 25000 pages of documentation, for currently 14+ products and an ever-growing number of cool technologies. This is only possible in close cooperation and continuous communication with more than 50 managers from other realms of the company, a rapidly growing number of highly capable developers, and experienced colleagues from the partner and alliances teams. One of our principal objectives is making everybody aware of and living the proposition “Docs it or it didn’t happen”.

It’s easy to imagine how skills learnt from dealing and negotiating with politicians have proven to be very helpful. However, I could not have done any of that without the help of a great deputy (Frank Sundermeyer) and a wonderful team. Today my job is far away from technology and tools or proof-reading documentation. My daily work is somewhere between herding cats and managing the lack of writers. Oh, if you happen to know a skilled expert in Linux, Open Source, Cloud or Containers and enterprise documentation, let us know! There is always a need.

I did not forget to tell you about why I am a priest, a diplomat, a chimera and owner of lunar property or how I ended up in the Maghrebian air force, but that are completely different stories, only partly true, and maybe only due to the fact that creative writing classes are probably the most helpful preparation for a manager’s job in IT, especially in OSS. 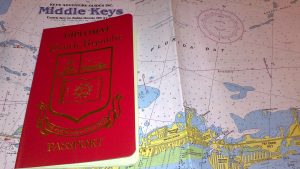 And then, one day, you return from a vacation and suddenly you’ll find yourself working for the largest self-owned Linux company :-).

4,036 views
Meike ChabowskiMeike Chabowski works as Documentation Strategist at SUSE. Before joining the SUSE Documentation team, she was Product Marketing Manager for Enterprise Linux Servers at SUSE, with a focus on Linux for Mainframes, Linux in Retail, and High Performance Computing. Prior to joining SUSE more than 20 years ago, Meike held marketing positions with several IT companies like defacto and Siemens, and was working as Assistant Professor for Mass Media. Meike holds a Master of Arts in Science of Mass Media and Theatre, as well as a Master of Arts in Education from University of Erlangen-Nuremberg/ Germany, and in Italian Literature and Language from University of Parma/Italy.
Back