The brains behind the books: Liam Proven | SUSE Communities
< Back to Blog

The brains behind the books: Liam Proven

The content of this article has been contributed by Liam Proven, Technical Writer at the SUSE Documentation Team.  It is part of a series of articles focusing on SUSE Documentation and the great minds that create the manuals, guides, quick starts, and many more helpful documents.

I am a wanderer. My name is Liam Proven. I’m an Englishman with an Irish citizenship, living in the Czech Republic, working for a German company – that pretty much says it all, doesn’t it? But there’s more…

I was born in the North-West of England, just outside Liverpool. But my family moved to Nigeria when I was small, and stayed for nearly 10 years. Thus many of my early memories are from there. When we came back to England, or rather Liverpool, my parents couldn’t find a place they liked. And if that weren’t enough, unfortunately one day I got shot in the back riding my bicycle after school. So my parents decided to move somewhere quieter – and safer – than Liverpool. They picked the Isle of Man, a little independent island nation with the world’s oldest continuous government. That’s where I spent my teens.

I went to lots of different kinds of schools, in England, West Africa, and finally the Isle of Man. Most subjects I was good at – except mathematics, history, and French. Somehow I even passed French. But only because I was pig-headed: The teacher asked me to drop out as I was bottom of the class. Of course, that made me determined to prove him wrong! In addition, I thought French would be more use than, for example, Religious Studies. To paraphrase Terry Pratchett, at least there was empirical evidence that France was real – I’d been there.

My mum wanted me to be a doctor, and my dad wanted me to take over running the “family business” – running an old people’s home. I wasn’t interested, I’m afraid. My heroes predominantly were several leading scientists. Botanist David Bellamy, who later became a climate-change sceptic and so fell off my list. James Lovelock, who formulated the Gaia hypothesis. Richard Feynman, not merely for his giant intellect but his wit and humor, ability to explain things, and his curiosity. Richard Dawkins, who I’ve seen speak once . My plan was to be a biologist, possibly a marine microbiologist. So I started to study biology. 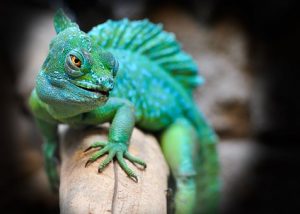 Things turned out differently. Unfortunately I crashed my bicycle at the end of the first year, smashing my right forearm. It needed three surgeries: First they implanted screws and metal plates, and when those snapped, I got a bone graft from my right hip. I couldn’t use my arm for roughly a year, but being 18 years old and cocky, I didn’t listen to the advice of my parents, my doctors and my tutors. I went back to university and did my second year with one hand. (I’m left handed. I thought I could cope. I was wrong.) That was my first big life mistake. In just one year, I went from winning the department prize for best student to being at the bottom and threatened with expulsion. No wonder I nearly failed and messed up my degree. But even more important, I discovered that there were no jobs in biology without a doctorate!

So I went off to do stuff with computers instead. They were only my hobby so far. But people would pay me money to make them work. My first real job was a “junior software support” position. I had applied for a junior hardware engineer job, but they quickly worked out I knew little about hardware. I taught myself the PC and Mac by porting my home-grown suite of fractal-graphics generators to DOS and System 6. Since then I had a dozen different jobs or so. My most stressful job by far was running a stockbrokers’ dealing room in the City of London. That’s the equivalent of a heart-surgeon in IT. My systems were extremely reliable, but when both the uplinks to HQ failed, we lost hundreds of millions of dollars per hour, and there was nothing I could do about it.

And I spent a long time freelancing, doing IT consultancy and technical journalism. I’ve been published around the world, on at least 4 continents, in multiple languages. I have two tiny specialist books on Amazon for download. That does feel good. There were some British IT journalists I hugely admired, and who had some influence on my career. The late Guy Kewney sticks out, and Dick Pountain. I was lucky enough to work with, and become friends with, both. But regrettably, in my view, the tech journalism market is dying.

Even if I was an early adopter of Windows – I used Windows 2.01 – these days I strongly prefer working with Linux. I first tried Linux in 1996, with Lasermoon Linux-FT – the first ever live CD distro. I installed it but wasn’t brave enough to change my bootloader. I thought that Linux was going to be the next big thing. That was a good call. The first distro I used as my main desktop for a while was Caldera OpenLinux, with KDE 1.0. It was interesting but a lot of stuff didn’t work back then in the late 1990s. By 2001, I was using SUSE Linux Professional full-time. I had a multiprocessor PC at home and I didn’t like Windows XP much. At that time I had also already started to install and write about SUSE and Red Hat server stuff. Computers and building up technical knowledge were my hobby for a long time. I played around and learned. Now, to be honest, I use a Mac at home. I got tired of fixing my own computers. My laptops are second-hand ThinkPads with Linux, though – as I like 1980s and 1990s mechanical “clicky” keyboards. 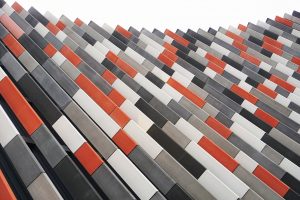 About a decade ago, I decided to switch from tech journalism to documentation. SUSE is my third such role. As mentioned, I used to be a SUSE user in my early days with desktop Linux. Thus I was delighted to be offered a role with a FOSS company again, and it feels good to be back. What I like most about my job as a Technical Writer is that I get to use two of my skills at once – technical knowledge and being able to write. SUSE somehow feels “pleasantly anarchic”. My colleagues are all absolutely wonderful. And the products work extremely well.

Nevertheless, sometimes I’m generally tempted to ‘start again’. I’m always keen on learning. Languages are a major interest (Czech is proving an exceptionally tough one, though). In all likelihood, I would study linguistics, or computer science. Contrary to popular belief, I think modern computers and software are terrible and we’ve lost a huge amount in the last few decades. We’re also approaching the next big paradigm shift in computing, after the minicomputer to microcomputer shift – and I’d like to help prepare for that.

Until Brexit, I was never engaged with politics at all. However, in the current worldwide political mood where freedom of expression can turn into a real risk, and where human rights are spurned, one cannot look away anymore. If I could have three wishes, my first wish would be a sudden end of the current mass dullness that paves the way for despotism. Secondly, I would ask for extra lifespan and perfect health.  And my third wish would be to get more wishes! Then I’d ask for super-human power, which would let me add a few dozen extra Earth-like planets to the solar system and seed them with life. Perhaps something smarter than us can evolve before the Sun explodes.

If I won $1 million today, I would buy a Harley Davidson with a sidecar, and ride it round the world, while listening to “Chasing Rainbows” by Shed Seven. And of course with a copy of “The Hitchhiker’s Guide to the Galaxy” in my pocket.

3,475 views
Meike ChabowskiMeike Chabowski works as Documentation Strategist at SUSE. Before joining the SUSE Documentation team, she was Product Marketing Manager for Enterprise Linux Servers at SUSE, with a focus on Linux for Mainframes, Linux in Retail, and High Performance Computing. Prior to joining SUSE more than 20 years ago, Meike held marketing positions with several IT companies like defacto and Siemens, and was working as Assistant Professor for Mass Media. Meike holds a Master of Arts in Science of Mass Media and Theatre, as well as a Master of Arts in Education from University of Erlangen-Nuremberg/ Germany, and in Italian Literature and Language from University of Parma/Italy.
Back