Second day at SUSECon ’16: openSUSE Chairman Richard Brown gave an enthusiastic talk about “Open Enterprise & Open Community”. As the subtitle says, openSUSE and SLE are empowering each other.

After a short introduction to the openSUSE project – the successor of the “SUSE Linux” boxed distribution with over 7000 source packages – he gave a short historical retrospective to the early days of openSUSE Factory, openSUSE Tumbleweed and openSUSE Evergreen. In 2014 the community took some time for reflection and came up with questions like: “Who are we making this for?”, “Why should I contribute?”,  “What makes openSUSE special?” and came up with those areas of strength:

The OBS started in 2006 and is used to build openSUSE and SUSE distros. It can also build packages for Fedora, Ubuntu, Debian and Arch and is used by the Linux Foundation, ownCloud, Dell, Cray, Intel and more

openQA is an automated testing tool capable of full system, console, and graphical application testing. It is an integral part of the openSUSE Tumbleweed & Regular Release process.

The broad variety of available packages together with the tools makes it possible to make open SUSE the right joice for Desktop Users, Sys Admins, Developers, the core audience for our open source distributions.

Richard emphasized that “Rolling Releases are the future of Linux Distributions”. What does he mean by that? There is no release schedule, there are frequent updates to all packages and updates are delivered “when they’re ready”. Benefits are newest userspace applications, newest base packages, and newest development stacks. In order to get that smoothly Tumbleweed is based on unique foundations, the Open Build Server and openQA.

With the birth of SLES 12 SUSE and the openSUSE community identified a gap between the former openSUSE and SUSE Linux Enterprise and so both sides improved collaboration and SLES adopted upstream innovation. SUSE Engineering adopted the community innovation and added it to SLES as Enterprise Innovation. Lessons learned from that was that taking code from openSUSE is not scary, more actively contributing SLES code back to openSUSE helps and such contribution “Encourages alignment with SLE which aids an accelerated pace of SLE development, which furthers aid openSUSE development”.

From the openSUSE community view the distro got more stable and more new stuff, so to say a “perfect” openSUSE stable release. According to Richard “One giant Leap for SUSE-kind”. The latest SLES sources got available in the OBS, including the source packages but not the binaries. Intention was here to enable openSUSE to build a unique offering to further “close the gap”, means “best of both worlds” and not a clone of an enterprise distro. And so Leap, the stable openSUSE release, was born as two codebases but one distribution.

Finally Richard announced the release of openSUSE Leap 42.2 on November 16 and encouraged everybody to test it today under https://software.opensuse.org/developer. 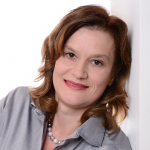