SUSE Linux for Arm is now available for all customers 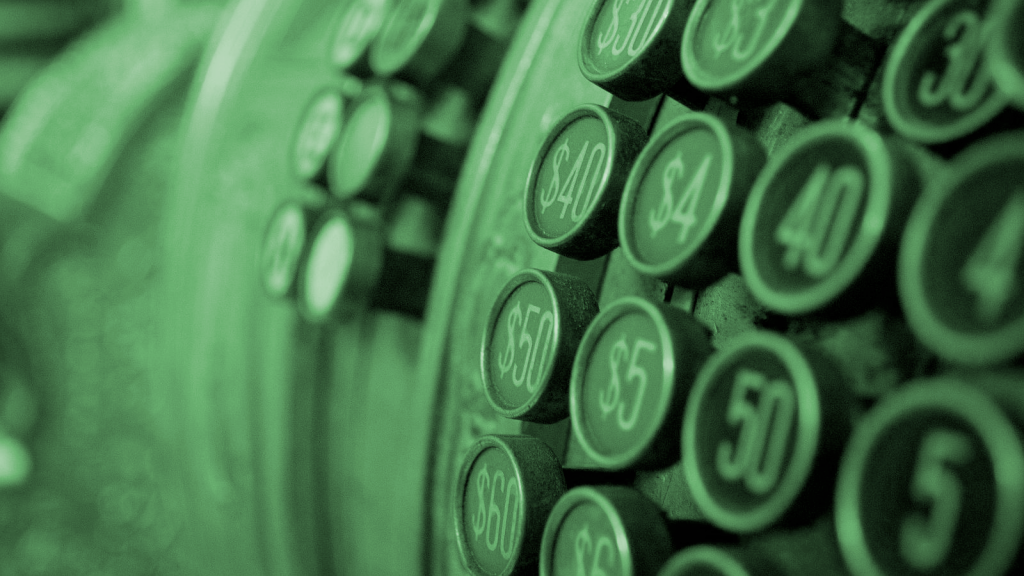 SUSE Arm products available to all

Subscriptions for SUSE Linux Enterprise Server for Arm and SUSE Manager Lifecycle for Arm are now available directly to customers through the Corporate price list or through the SUSE Shop https://www.suse.com/shop/

Previously, SUSE subscriptions for the Arm hardware platforms were only available to SUSE Partners due to the relative immaturity of the Arm server platform. Now that we have delivered four releases of SUSE Linux Enterprise Server for Arm and have customers running SUSE Linux on Arm servers as diverse as the tiny Raspberry Pi and the high performance HPE Apollo 70 servers, we are now ready to sell subscriptions directly to customers.

Diversity of Arm: An Advantage and Challenge

As you can see from the chart below, SUSE has enabled a number of different Arm System-On-a-Chip (SOC) processors. One of the major advantages of the Arm platform compared to other platforms is the huge diversity of processors and processor features. 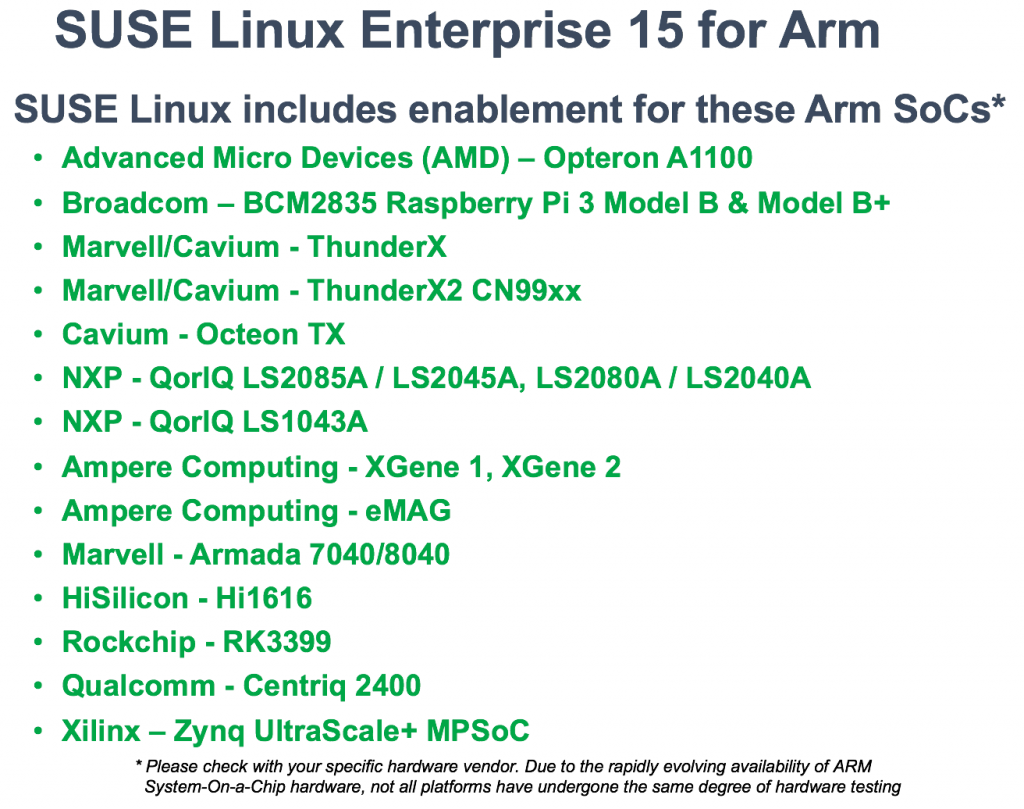 The ability to create Arm SoCs with just the right I/O and number of processor cores needed for a particular workload is one of the largest advantages of the Arm platform, but it is also a pricing challenge for software vendors such as SUSE.

Both goals are essential, but sometimes difficult to achieve. For example, the value of a high availability solution that reduces system outages might be much more valuable to an airline than it would be to a small retail shop due to the difference in the number of people and revenue affected by an outage.

Software vendors have traditionally priced software based on the amount of processing capability available to the application (or Operating System). The underlying concept is that the more capacity, the higher the value, and therefore the higher the price.

For example, on a UNIX hardware platform such as IBM Power, IBM software cost is based on the number of processor cores and the relative performance of each core-something IBM calls the Processor Value Unit (PVU). Oracle has a similar approach called the Core Factor.  The underlying concept is simple: the bigger the system, the greater the value to the customer and thus, the more expensive the software. Unfortunately, both of these approaches are relatively complex.

By contrast, software pricing in the commodity Linux server market has traditionally used a much simpler measure of capacity: processor sockets. The more sockets in a server, the higher the software costs. Most SUSE software subscriptions are based on increments of 1-2 sockets of processing capacity. For example, subscriptions for SUSE Linux Enterprise Server on X86 servers have a U.S. list price of $799 per socket pair. If you have a four-socket server, then you would need two 1-2 socket subscriptions for a total list price of $1,598.

The traditional socket-based pricing goes back many years, when each socket might have only a single processor core. Although this pricing model is very simple, it doesn’t fit well to the diversity of systems based on Arm SoCs where a single socket can hold a single, low performance Arm core or 48 (or more) high performance cores.

SUSE needed a pricing approach for SUSE Linux and other products for the Arm platform that could be used for very small systems such as the Raspberry Pi and for huge systems such as the HPE Apollo 70. The pricing approach also needed to be simple to understand. Ultimately, we decided to use a model that has core-based pricing for lower end Arm hardware and socket-based pricing for everything else.

Servers with 16 or more cores use the traditional 1-2 socket-based pricing.

The Raspberry Pi 3 Model B has 4 Broadcom processor cores. Because the total number of cores in the server is less than 16 cores, you use the 4-core group-based pricing.

Systems based on the NXP LS2085A have 8 processor cores. Because the total number of cores in the server is less than 16 cores, you use the 4-core group-based pricing.

Systems based on the Marvell Octeon TX can have from 1 to 24 processor cores. In this example, we use a 14 core Octeon TX processor. Because the total number of cores in this server is less than 16 cores, you use the 4-core group-based pricing. This example also demonstrates how the number of cores is rounded up to the nearest integer multiple of 4.

The HPE Apollo 70 is based on the Marvell ThunderX2 which can have from 16-32 processors per socket. In this example we use an HPE Apollo 70 dual socket server with 32 processor cores per socket for a total of 64 cores in this system. Because the server is greater than 15 cores, you use the 1-2 socket pricing.