The biggest SAP event in Czech Republic – SAP FORUM was held on Wednesday 31st of May 2017. More than 600 attendees have seen a contest called where important SAP partners compete for the best live demo act. This very attractive competition allows the attendees to see series of 5 minute long demonstrations of different innovative solutions and technologies. Rules are quite strict, companies have exactly 5 minutes to show their demonstrations in an entertaining way to grab the attention of attendees. At the end all viewers vote using SAP mobile application where they can rate all demos.

We have been facing a challenge of what to show this year. Last year we have successfully shown a live demonstration of SUSE Linux Enterprise Live Patching on stage and it brought us third place. This year the competition was even bigger as there were more companies in the contest.

As one of the main aspects of the contest is to show the solution not only in real live scenario, but also in an entertaining way, we had to come up with something really good and interesting for non-technical people as well. So after a bit of a brainstorming we came up with the scenario to show SUSE High Availability Extension for SAP HANA using manufacturing production lines. Idea was quite simple. Your company is earning money only when it is producing goods or services. In order to be able to do it, your main IT system needs to work (in this case SAP ERP).

During the 5 minutes long show, we have shown how the HA setup looks like. Then we killed the SAP HANA service on the primary server. The first production line stopped and our colleagues who worked on that line could take a long break. The second production line stopped as well, but just for few seconds during which our SUSE HA solution did the failover to the secondary SAP HANA server. The whole demonstration is captured on the less than 3 minutes long video. This is exactly the same version which was shown to attendees of SAP DEMO JAM. It contains additional subtitles and explanation slides for better understanding, nevertheless there were no changes in the speed of failover process or cut of time. As we are an open source company, I provide you with the original not edited version as well, so you can see exactly how I did it. 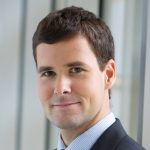