On Part 1 of this series we covered our first SUSE encounter with Microsoft and how a few years later, the most deployed database in the world, SQL Server, started offering support for Linux platforms.

Now, we’ll move on to cover the on-premises success reached by the SQL on Linux combination even though some people were skeptical about this effort at first.

What? Microsoft and Linux together?

A funny story told by Patrick Quairoli, Sr. Director of Technical Alliances & Certifications at SUSE, described the time when Matthias Eckermann, SUSE Director of Product Manager, stopped a conversation to say: “I want to tell you something about Microsoft” and, after Patrick`s heart skipped a beat, he went on to say: “Microsoft released one of the best packaged RPMs (package manager used in Linux) I had ever seen with their SQL Server distribution” which confirms their commitment to it.

RPMs are one of the package managers we use in Linux to deploy and install applications and occasionally, people may bundle in additional libraries and capabilities that aren`t necessary or, in the other hand, make too many assumptions on what is available.

Matthias then went on to say: “The Microsoft packages are well documented, well-structured, avoid side-effects, and really a good testament to what Microsoft is doing in the open source community.” So, we can say that there are no surprises on the record performance we achieved on-premises. You can hear the funny story here starting at 8:56

Looking back a bit, we see that SQL Server 2017 achieved three TPC benchmarks ranking as the fastest database for online transaction processing (OLTP) and data warehouse (DW) workloads on Windows and Linux. 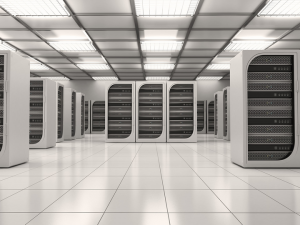 HPE called it their diskless database, which used persistent memory where you can have the speed of DRAM with the persistence of storage. According to Patrick Quairoli, SUSE worked with HPE on a kernel patch for SLES 12 SP3 and we achieved over 40% performance increase on a 2-socket server by using persistent memory. You can watch demo video or read this blog for more details.

Patrick also said that, at HPE Discover 2018, HPE demonstrated their next iteration of the diskless server which was a little different because they were not using their own persistent storage solution, but instead they used Intel Optane. They demonstrated that stepping up the game from a DL380 to a DL560 (which increases socket count by 2, up to 4), and using 3TB of RAM and 12TB of persistent memory to run SQL Server 2019 Tech Preview on SLES 15 reduced rack space by 93% and power consumption by 63% while also increasing performance. Great results!

On Part 3 of this series we talk about Azure Virtual Machines and later we’ll talk about high availability, containers and Big Data Clusters. Stay tuned!

5,048 views
Carolina PereiraAlliance Partner Marketing Manager at SUSE and passionate about Marketing and Technology.
Back