SAP S/4HANA: A New State for the ERP Market

After four years since the initial release, customers are finally starting to fully understand what SAP S/4HANA is, how it can positively affect their businesses, and why they should move forward with this powerful, enterprise resource planning  (ERP) solution. And with support ending for traditional SAP systems (based on SAP ERP Central Component – SAP ECC) in 2025, now is the perfect time for your business to consider moving toward the SAP S/4HANA solution.

Between February and March of 2019, SAPinsider ran a survey on SAP S/4HANA to understand where SAP customers are with SAP S/4HANA. The results of that survey found a majority of respondents (70 percent) are, in some way, moving toward this new solution.

Of those responding to the solution:

The industries represented by the survey ranged from consumer goods, industrial manufacturing, healthcare, government, and more, with company sizes ranging from $200 million to over $10 billion. Nearly 50 percent of the companies were located in North America, 27 percent in Europe, 12 percent in Asia-Pacific, 9 percent in Africa and the Middle East, and 6 percent in Australia.

What is motivating those considering the migration to the latest ERP solution? The survey results clearly indicated those looking to move to SAP S/4HANA were motivated by business transformation, with leaders more likely to be performing a completely new implementation of SAP S/4HANA. Not surprisingly, a majority of leaders will be deploying SAP S/4HANA in the cloud, with 42 percent choosing a private cloud solution (to retain control over the application layer).

The benefits found with SAP S/4HANA are clear. 67 percent of leaders indicated analytics received a significant benefit from ERP, with 46 percent stating the supply chain was the top beneficiary.

The survey takes a close look at what is driving customer’s ERP strategies: From a high total cost of ownership, to end of maintenance and support, to pressure to increase business process efficiency, and business transformation. When asked how companies measure the success of their ERP strategy, over 60 percent of respondents indicated that end user and business satisfaction was the bellwether of success.

The survey dives in deeper with these strategies to find out how leaders are planning to implement SAP S/4HANA, as well as how respondents prioritize the top drivers of change. Among leaders surveyed, finance and analytics were top responses for implementation, whereas the modernization of reporting and business intelligence was the clear top driver of change.

The SAPinsider survey focused on the top requirements for SAP S/4HANA implementation, which determined upgrade preparation and migration tools taking the top priorities. One responded was quoted saying:

“We have over 600 custom programs that must be migrated. Your ability to do enhancements to all of this is limited, and you definitely don’t want to take all of this customization forward to the next release.”

Couple that with a whopping 83 percent of respondents indicating that a globally and locally compliant ERP system is a key requirement, and it becomes clear that planning such a massive migration takes considerable time and care.

To find out more of what the SAPinsider report uncovered about SAP S/4HANA, head over to SAP Insider to read the entire report. You’ll find plenty of information to help guide you and your business to the future of ERP.

Join the Best. Run your SAP Solutions on SUSE. 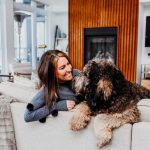 By day, Global Alliance Marketing Manager creating demand for SAP-related SUSE solutions to customers with SAP workloads. Join the Best! Run your SAP solutions on SUSE.
By night, hockey mom, grandmother, pet-mommy, new blogger and community-enthusiast. Check out my personal Blog site. https://www.kimberskorner.blog/
Connect with me and let’s have a conversation. https://www.linkedin.com/in/kbehnan/