One of the most common misconceptions around private clouds is that they are very expensive to build and run, and that most organisations would be better off using public cloud as it’s far cheaper.
When you look at what’s involved in building a private cloud, it’s easy to see how people might jump to this conclusion. You need data centre space, server hardware, software, networking hardware, cabinets, cabling, power, Internet connectivity, staff to install, manage and maintain the infrastructure – none of these come cheaply.

Move to the cloud to better manage costs?

The SUSE Cloud Research published in 2017 surveyed over 1,400 IT decision makers around the world to find out their attitudes to all things cloud, and why/how they are using it (or not, as the case may be). This revealed that 61% of respondents were driven to use the cloud to reduce costs, or as a result of budget constraints. This is further backed up by the RightScale 2018 State of the Cloud Report. That shows that enterprise central IT teams are focusing on managing costs (64%), while 76% of respondents see managing cloud spend as a challenge. 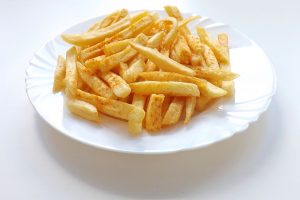 Public cloud is widely regarded as (to use a British colloquialism) “cheap as chips” (referring to fried, chipped potatoes, not too dissimilar to French Fries). When you can create cloud servers nearly instantly and run them for pennies per hour, store your data for pennies per GB, and choose from a vast selection of different flavours of software and virtual networking devices, it seems like a no-brainer.
However, it’s all too easy to let your public cloud estate spin out of control – with servers being created and left running 24x7x365, those pennies per hour soon mount up, even more so if you’re making use of the more powerful cloud instances that cost pounds, euros or dollars per hour. As we are all data hoarders, data uploaded to the cloud inevitably remains in place indefinitely, and suddenly your accounting team notice that you have terabytes of data stored in the cloud, which all mounts up to a very significant bill.

Cloud waste is a very real concern for businesses – this is highlighted by the RightScale 2018 State of the Cloud Report, in which RightScale 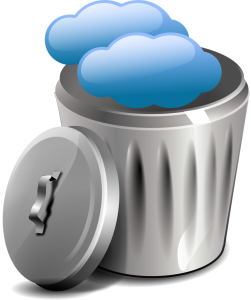 have calculated that of businesses total cloud spend, 35% is typically wasted or unnecessary spend, and that optimising cloud costs is the top initiative amongst 58% of their respondents in 2018.
But how to combat cloud waste? And where do private clouds come into this? Cloud waste is a tricky one to manage – businesses serious about this need to have strict governance in place, and keep a close eye on resources being used. A much better solution for businesses with persistent workloads or those requiring high performance servers is to invest in a private cloud environment.
Many articles have been written about this, including a great interview with Lauren Sell from the OpenStack Foundation on Computer Business Review, an older but still very relevant article on Forbes, and the much more recent report on Linux Insider. This looks at a report from 451 Research, which shows that half of the enterprise IT decision-makers surveyed identified cost as their number one pain point associated with the public cloud.

If you’re a small business or startup requiring a limited number of servers and the ability to scale quickly with minimal capital expenditure, then public cloud makes sense.
However, if you’re an enterprise organisation, your requirements will be very different indeed. Scalability is no doubt still vital, but when you’re running applications requiring high spec servers that need to be online 24x7x365, then investing some capital expenditure into building your own cloud is more often than not the right decision. Lauren Sell from the OpenStack Foundation recommends that as a rule of thumb, if you are running an application that has a lifecycle of at least 12 months, or will be used by large numbers of users, private cloud should be top of your list.

Getting a return on your investment

Private cloud isn’t just about cutting costs for enterprises, it’s also about generating efficiencies and seeing a return on investment. Analyst firm Forrester interviewed a number of SUSE OpenStack Cloud customers in 2017, and the resultant report showed that on average these customers saw their investment returned within 6 months. In addition to this, they also saw a frankly staggering 380% return on investment.

SUSE OpenStack Cloud also made the customers’ internal IT teams more efficient, meaning that they were typically able to redeploy two full-time employees elsewhere in the business as opposed to focusing on mundane maintenance of their private cloud. In addition to this, they saw improved productivity of their development teams, which was the equivalent of an additional two and a half full-time employees.
In summary, if you have persistent applications that require high performance infrastructure to run, and these are likely to be online for more than 12 months, then a private cloud could be the right solution for you. Public cloud isn’t going away, and remains a vital piece of most businesses IT infrastructure, but it’s important to understand that it’s not always the right choice for every application. To learn more about SUSE OpenStack Cloud, and the benefits it could deliver to your business, visit our website, or get in touch to discuss your options with a member of the SUSE team.

6,682 views
Matthew JohnsI have over 20 years' experience in the IT, cloud and hosting industry gained in a variety of roles spanning project management to product release and product marketing. I’m responsible for product marketing for SUSE OpenStack Cloud, and have been working with OpenStack since it was released in 2010. Outside of work, I enjoy running, cycling, great beer (craft, cask, keg - call it what you like as long as it tastes good), spending time with my family, playing the piano and charity fundraising – I’ve been supporting the Movember Foundation since 2006, and have run multiple races, climbed mountains and cycled around the UK for many charities over the years.
Back