OpenStack Past, Present and Future | SUSE Communities
< Back to Blog

OpenStack Past, Present and Future

According to the famous quote-master Yogi Berra, “nostalgia ain’t what it used to be”.  While that may be true, the open source community couldn’t resist indulging in some well-earned nostalgia recently.  Having just passed major milestones of 25 years for Linux and 6 years of OpenStack, we’ve had the chance to look back at the journey, see how far we’ve come and give some thought to where we are headed in the future.

Thinking specifically about OpenStack, I’m reminded of another quote I read recently; “nostalgia is a file that removes the rough edges from the good old days.” When OpenStack got started back in 2010, the IT world was a very different place.  It’s easy to forget that the whole topic of cloud computing was still in its infancy. There was no real consensus yet on which open source cloud option was the right or obvious choice. Back then, there were a variety of projects in various stages of emergence and with different levels of vendor engagement. Starting up a yet another open source cloud infrastructure project seemed a little crazy to some. Industry analysts were sceptical and some were extremely negative about OpenStack at the start.

With that backdrop, the OpenStack project started with a small group of developers sharing the same passion, vision and focus for delivering the agility and innovation modern businesses need, all built on open source code and open APIs.  SUSE saw that potential and promise early and were there right from the start of the OpenStack Foundation.

And here we are in 2016.  OpenStack has now emerged as the only really viable open source cloud platform. OpenStack is now probably the largest global IT collaboration ever and one of the fastest growing open source communities in the world.

It’s no longer just a science project. It’s mature and ready for prime-time use.  According to the most recent OpenStack user survey, 65% of projects are now in production. That’s up a third from the same survey just a year ago.  According to industry analysts 451 Research, OpenStack will be a $1.8bn market this year and has a 35% annual growth rate.  This level of maturity is reflected in customer confidence too.  According to independent market research commissioned by SUSE, 81% of large companies plan to move to OpenStack or are already using it.

So, what’s next? What’s in the future?  To quote Yogi Berra again: “it’s tough to make predictions, especially about the future”.  There are clearly challenge

s still to address and changes in the IT world are coming thicker and faster than ever. Some of the technology challenges that OpenStack is now being used to solve weren’t even on our radar way back in 2010.  That just highlights the flexibility of the software defined infrastructure that an OpenStack cloud can deliver.

Specific challenges that the OpenStack community are working on right now include complexity, scale and continued collaboration.  Take a few minutes to listen to Michael Miller as he talks about addressing these issues in his keynote at the recent OpenStack event in Silicon Valley.

Speaking about the future, we have an exciting few weeks coming up.  OpenStack Newton is due for release on October 6th. That will be closely followed by the OpenStack Summit in Barcelona on October 25th-28th. Why not stop by and talk to some of the SUSE cloud experts at Booth D27. 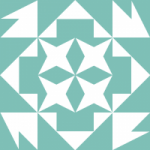