The always excellent Superuser blog has already covered the OpenStack Community Contributor Awards from the recent Vancouver Summit, which are run by Kendall Nelson. However, as one of SUSE’s own team was given the “Bonsai Caretaker” award, I thought that we should dig into this in a little more detail.

Adam is a Senior Software Architect at SUSE, and a well-known face within the wider OpenStack community. He’s worked on many projects within OpenStack, as well as 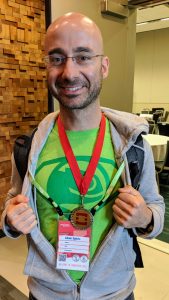 internally at SUSE, and his opinion and technical expertise are well-respected around the globe.

He founded the OpenStack Self-Healing SIG (Special Interest Group) in 2017, as he felt that there wasn’t a clear strategy within the OpenStack community for how the various projects that can be used to build a self-healing infrastructure should tie together. He’s now brought together a team of experts from across the OpenStack community to pool their knowledge and work out a way to make self-healing more standardisable within OpenStack. In addition to this, he formalised OpenStack’s HA “sub-community”, and tried to bring people from different corners of the community together in order to converge on unified solutions to problems, rather than separately reinventing the same wheels.

To quote the Superuser blog:

“He helps everywhere — beyond his direct involvement as the Self-Healing SIG lead, he has been fixing things here and there, getting involved in the PTGbot, StoryBoard… He somehow still finds the time to pursue a major musical career as a talented cellist. I suspect he has a twin also called Adam.”

If you’re not familiar with PTGBot, that’s the bot that is used to run the OpenStack Project Team Gatherings (or PTGs as they are more commonly known), while StoryBoard is the community recommended task and feature tracker for OpenStack. Infrastructure such as these tools are obviously quite important items for the OpenStack developer community, and we’re very proud of the hard work that Adam puts into helping out behind the scenes.

This is one of the things that I love about open source, and OpenStack in particular – the collaborative nature that seems to come naturally. Despite the fact that some of the developers collaborating on SIGs and at PTGs work for competing organisations, there is no ego involved – developers like Adam just give selflessly of themselves, sharing their knowledge, skills and being open to other people’s viewpoints to ensure that the projects they’re working on have the best chance of success.

Writing this blog, I have learnt a lot more about Adam than I knew from our various conversations at SUSE events over the past few months. Not only is he a talented software engineer, but he is also a classically trained cellist, who has since expanded his repertoire across multiple genres, including jazz, tango, bluegrass and pop. As a teenager he was appointed principal cellist of the 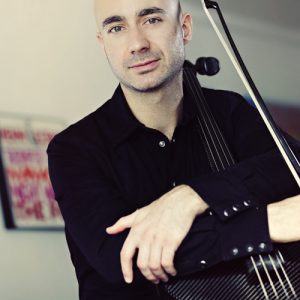 National Youth Orchestra of Great Britain, performing solos at the BBC Proms and under the late conductor Sir Colin Davis. Subsequently, he became principal cellist of Sinfonia Cymru, performed with globally renowned soloists like Bryn Terfel and Andrea Bocelli. In addition to this, he also puts my own (very limited) athletic accomplishments to shame through marathon running and triathlons, and is able to juggle balls, clubs and fire (as well as successful careers as a cellist and software engineer, of course!).

This makes me wonder how many other software engineers working on OpenStack have extra-curricular skills and activities that we’re not aware of. Let me know through comments or via Twitter if you know any others. It’s reasonably well-known that SUSE have their own band who perform at our annual SUSECON event. I wonder if it’s time to assemble an OpenStack Orchestra?