Anyone who has read my blogs before will know that I usually blog about private cloud, security, software-defined infrastructure and suchlike. This is a rare diversion from the norm, about 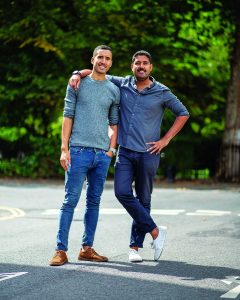 something that I’m very passionate about – Movember.

The eagle-eyed amongst you may have noticed that there has been a sudden uptick in the number of gentlemen sporting facial hair this month, particularly around their top lips. Don’t worry, this isn’t an invasion of body-snatching hipsters or a Tom Selleck fan club convention, but merely men growing a moustache (or mo) to raise awareness of and funds for men’s health causes with the Movember Foundation.

Moustaches have long been a symbol of virility, but had faded from fashion somewhat by the early 2000’s. In Australia in 2003, two fine gentlemen in Melbourne decided to try to bring them back, and at the same time fundraise for men’s health and prostate cancer. You can read the full story of the birth of Movember here, but the idea has snowballed since then. There are now official campaigns in 21 countries, and they’ve raised over AUD$730million since 2003. 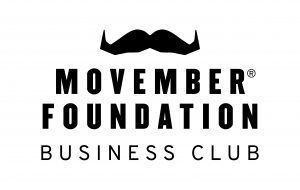 The focus of Movember has expanded from prostate cancer and men’s health generally, to now focus on prostate cancer, testicular cancer, poor mental health and physical inactivity with an overarching mission to stop men dying too young. Globally, men die an average of 6 years earlier than women – there are many causes for this, but one of the biggest reasons is that men are, quite frankly, rubbish at talking about things. We’ll chat about the football, our favourite Netflix show, the weather, traffic, beer, that movie we saw last week, but few of us will talk about our feelings. When asked by a friend “how are you doing, mate?” Most men will respond with an “I’m alright thanks, how about you.” They may not be alright, but won’t talk about. If we’re feeling ill, few of us will visit a doctor to get checked out, unless it’s really bad, and even then that’s usually under protest.

Help, I need somebody

So what can we do about this? When you’re next out with friends, ask them how they really are, and actually listen. Don’t just nod, feel a little embarrassed and then revert back to chatting about the usual things.

Grow a moustache for Movember – it’s relatively little effort, and also allows you to try a new look that you might just find you love (even if your loved ones don’t!). Ask your friends and family to sponsor you for growing it, or donate to shave it off at the end of the month, and if someone asks why you have a moustache, there’s a great excuse to start a “proper” conversation about men’s health.

Get active – run or walk 60km over the month of Movember and ask friends to sponsor you to complete the activity. 60km is the target to represent the 60 men who die every hour from suicide, and getting active can increase your mood through the release of endorphins, as well as making you feel good about yourself. Who knows, you might find that you enjoy it and keep the activity up after Movember, making a positive change in your life going forward.

Make a donation. The work of the Movember Foundation, like every other charity out there, needs funds to keep it going. They’ve achieved so much, and can do so much more, but they need help to get there. Here at SUSE, I’m growing a moustache for my 13th year supporting Movember, and I’m hoping that I’ll get lots of people to support me and donate to our team page.

Having supported the Movember Foundation since 2006, many people ask why I’ve stuck by them so long. My wife and children certainly ask me every year “do you have to grow a moustache 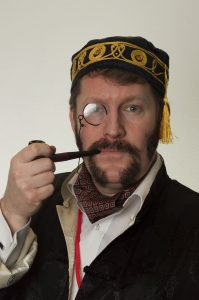 again?” Just in case you were wondering, that photo to the right of this is a picture of me at the end of Movember a few years ago. And no, that’s not my normal office attire.

I’ve seen friends and family go through health issues – ranging from cancers, to depression, to bipolar disorder. Some have won their battles, but far too many haven’t. Being a man, I know that as 1 in 8 men will be diagnosed with prostate cancer in their lifetimes, and that 3 out of 4 suicides in the UK are by men, the odds are stacked against me. I also have a son and daughter, and I want to be around to see them both grow up, as well as setting a good example to my son to help him learn to talk about his health and feelings. That hasn’t worked out yet, but he’s a teenager, so I’m hoping he’ll grow out of it…

Please support Movember, talk about your health, talk to your friends – men, women, girls and boys. Take the effort to talk and listen properly, even if just occasionally.

Note – normal blogging service will resume soon! In the meantime, if you happen to be in Berlin from the 12th to 16th November, I’ll be at the OpenStack Summit at CityCube. Come on over to the SUSE booth and say hi, laugh and point at my moustache, or just ask how I’m doing.