This year will be my fourteenth year sporting a spiffing piece of facial furniture for the month formerly known as November, as I strive to raise awareness of and funds for men’s health causes. If you’re not familiar with Movember, it’s a global charity that focuses solely on men’s health. It began in 2003 in Melbourne, Australia. A couple of friends decided that they wanted to bring the moustache back, and raise some funds for men’s health, specifically prostate cancer. They recruited 30 guys to pay $10 each to grow a moustache (or mo), and now 17 years later over 5 million men and women around the world support the Movember Foundation. 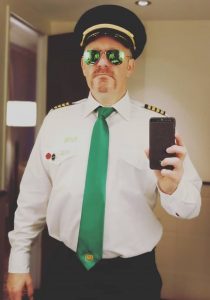 The aim of the Foundation is simple – to change the face of men’s health and stop men dying too young. They focus of three areas of men’s health – prostate cancer, testicular cancer and mental health and suicide prevention. They want to reduce the number of men dying prematurely by 25% by 2030.

Many people ask me why I support Movember. Especially my wife and children (“why can’t you not grow a moustache this year, daddy? It’s so spikey!”), so I thought I would answer that in a blog. Following our CEO Melissa Di Donato’s theme of “Dare To Be Different”, here’s why and how I Dare To Be Different through Movember. It is a bit of a long read, so do go make yourself a nice cup of tea if you’re feeling a tad parched though.

Let’s start at the very beginning, a very good place to start

Charity work and helping others has always been important to me – probably down at least in part to my upbringing in an Air Force family and having a nurse for a mother. I’d always got involved in organising charity fundraising and events in every job I worked at, and here at SUSE, that tradition continues. I originally began supporting Movember in 2006, when a colleague introduced it into the company I was working for at the time. Having previously run the London Marathon for charity a few times, it seemed like a pretty low effort way of raising funds for charity, as well as a bit of fun. However, as the month progressed and I learnt more about their work, I realized that there was a lot more depth to this whole Movember thing. Over the years, I’ve grown many different styles of moustache (as you’ll see from the accompanying photos in this blog) and seen my moustache colour change from a lovely shade of ginger to what I hope is now a distinguished salt and pepper.

I’ve always been lucky with my health – I’ve never broken a bone, never had a serious illness (unless you count my appendix almost rupturing when I was 11). A lot of this no doubt is down to genetics, but some to lifestyle choices drummed into me by my mother (the aforementioned nurse who obviously knew her stuff!) during my formative years. I’m pretty partial to a drink or three, but generally don’t do it to excess. I don’t smoke, don’t take recreational drugs, and don’t eat much in the way of junk food or sugary snacks. I enjoy running, cycling and going to the gym (to exercise, not as a social thing), but also not to excess (as you’ll no doubt be able to tell if you meet me face to face!). However, as the years have progressed, I’ve attended too many funerals. This year alone, we lost a close friend of my wife’s family that she’d known for over 40 years as a result of prostate cancer, an old friend of mine from bowel cancer, and just a couple of weeks ago attended the funeral of a neighbour who also passed away after a fight with prostate cancer.

Of course, there are also the good news stories – like my friend Billy who was diagnosed with testicular cancer in 2012, had a testicle removed as a result, and now remains in remission. If you watched the ITV “All New Full Monty” last year, you’ll have seen him onstage in a fetching gold thong alongside 15 other prostate and testicular cancer survivors. These brave men have all received excellent support from the Movember Foundation, and those diagnosed or undergoing treatment today and in the future will reap the benefit of the research into the causes and treatments for prostate and testicular cancer that Movember have funded. A great example of this is the new urine test for prostate cancer developed by Movember-funded scientists in 2019. Once released (hopefully within 3-5 years), this could spare men with suspected prostate cancer unnecessary treatments. 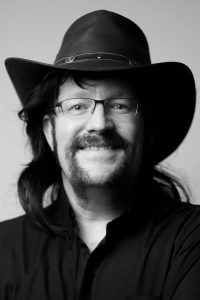 The older Brits reading this might recall the old British Telecom adverts from the 1990’s that featured Bob Hoskins declaring in his trademark gravelly tones that “it’s good to talk”. He was right. Sadly, too many men aren’t very good at talking about the important things in life. Many years of social conditioning that men must be strong, that men don’t cry, that sharing your feelings isn’t manly has meant that generally men are pretty rubbish at talking about how they actually feel. Now this is, of course, a generalisation – I realise and accept that there are chaps who don’t struggle with this, but it remains an enormous issue for many. A huge number of us (myself included, even now) are dreadful at visiting their doctor if they’re feeling a bit down, unwell, have a strange lump or are exhibiting other symptoms. When we get together with our friends, too often we hide behind male bravado and talk about everything but our feelings. We need to change this, and the Movember MoRated Barbers hope to support this change. They are specially-trained barbers that are able to have open and productive conversations about stressors and health risks with men, while giving them a hair cut.

This inability or unwillingness to talk about how we’re feeling contributes greatly towards the fact that globally, one man dies by suicide every minute, every day. With 75% of all suicides being men, mental health is something that we need to take seriously and remove the stigma from. The phrases “man up”, and “grow a pair” are even now still used too often (recently and notably by the current UK prime minister, who really should know better), leaving many feeling trapped and that their mental health issues are trivial. Tragically, too many then feel they have only one way out.

Movember: the next generation

Despite my enjoyment of the Star Trek franchises, this section doesn’t actually link to Gene Rodenberry’s creations (unlike many of my previous blogs). Instead, it’s about children – my own children in particular. I’m lucky enough to have two lovely children with my wonderful wife – a teenage son and daughter. I want to grow old, watch them grow and build their own lives and families. I want to ensure that I’m around for them, and that they are around for each other – educating them about health issues like testicular cancer (the most common cancer in young UK men) is important. Showing them that it’s good to talk about your health and feelings, and helping them understand that they’re not alone – they can talk to us and each other about anything. Rather selfishly, while I hope this will never be the case, the research funded by Movember will help me and my family should I ever need it, as well. 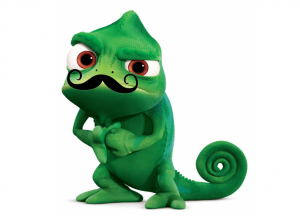 Here at SUSE, we’re a charitable bunch. I know that a few of my colleagues have grown moustaches in years gone by, and our CEO Melissa is very supportive of charity work and volunteering in general. This is my first year trying to build a team of Hairy Green Chameleons, trying to recruit men and women across the business to get involved. Whether that’s by growing a moustache, or committing to getting active with a target of completing 60km of activity over the month, to represent the 60 men that die from suicide each hour around the world. We’ve already had some very generous donations, but I hope that if you’ve read this far, you might find it in your heart to make a donation as well. If you’re a UK tax payer, then don’t forget to click the “reclaim Gift Aid on my donation” box to allow the nice folks at Movember to claim back the tax that you’ve already paid on your donation – giving them extra money at no cost to you!

Regardless of gender, men’s health issues will impact us all one way or another. Movember’s aim to change the face of men’s health is one that we all should and could embrace. Get involved – how will you dare to be different this year?

Watch this space for photos of hairy and active people through the month, as team SUSE dare to be different by growing moustaches and running/cycling/walking/swimming for men’s health awareness. If you’re feeling inspired to join in, then sign up now to grow or get active. Or just call a friend and have a proper chat – after all, it’s good to talk.