linux.conf.au has been running now for more than two decades, and I’ve been attending since 2008, but 2021 turned out to be a little bit different, thanks to COVID-19. The conference was originally going to be held in Canberra, but that’s been shifted out to 2022, with 2021 being run as an online event from January 23-25.

As Angela Ashton mentioned in her post last month, SUSE sponsored the conference again, and William Brown, Lana Brindley and myself presented talks. The videos are now available thanks to the excellent folks at Next Day Video:

Containers are hideously undebuggable black boxes, and we never should have invented them – Tim Serong, Snr Clustering Engineer, SUSE 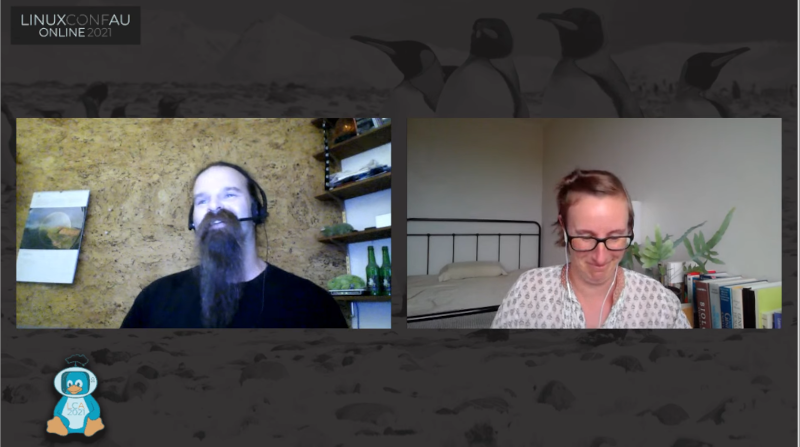 Be sure to check out the full playlist on YouTube. The videos are also all available for download from the Linux Australia mirror.

So, that’s easy access to all the content now, for those who didn’t attend. But what was the event actually like? I must confess I didn’t really know what to expect, other than that there’d be live presentation videos and some sort of text chat. Most importantly, would the event still have something of the flavour of the in-person linux.conf.au I’ve come to love? The answer, happily, is yes.

As usual, the presentations were on a diverse range of topics related to open tech, including the Linux kernel, open hardware, open data, system administration, privacy, ethics, security, community and more.

The conference platform (venueless) was available from the day before the main event, so attendees could check in, hang out in the “registration desk” chat channel (which quickly resulted in formation of a separate channel for general chatter), and attend the traditional newcomers session on the Friday evening. This was held in a separate “room”, with concurrent video streams for the three presenters, along with a slide deck, and the ability for attendees to also chat at the same time. This format was also used for separate breakout “rooms” for random hallway track video/audio chat during the conference.

Each of the three conference days began at 09:00 with a welcome from the organisers, an acknowledgement of country, a big thank you for the sponsors, and they even managed to do the traditional lucky door prize, by randomly picking the name of a registered attendee. If that person actually showed up on time and saw their name, they had until the end of the following keynote session to speak up in the rego desk channel to claim their prize. Speaking of keynotes, they were all excellent:

For the rest of each day, the main conference talks were run as four concurrent streams, with each stream in its own “room”, with a video feed of the presenter with slides, and a text chat down the side, so the audience could communicate with each other. A really nice touch was the addition of emoticon buttons at the bottom of the video feed, to indicate applause, laughter, love, shock and awe. When the audience mashed these buttons, little emoticons floated up in front of the video stream, so you could get a surprisingly good sense of actually experiencing linux.conf.au with other people.

From the presenter’s side, we were given tech checks with the AV crew a couple of weeks in advance of the conference to make sure everything (camera, mic, lighting, slides, etc.) was going to work, and there was a final check on the day an hour before presenting. Then, at the allotted time, an MC introduced you, you gave your talk, and the MC would field questions from the audience at the end, then pass them on to you so you could answer (presenters couldn’t see the chat stream during their own talk, which is probably just as well as it would have been a frightful distraction). After the talk, there was a separate post-talk chat room where you could carry on further discussion.

The whole event was run extremely professionally, with almost no hiccups due to being live and virtual. The (volunteer!) organisers, crew, and AV team are deserving of very high praise here. If for some reason linux.conf.au can’t happen in person in Canberra next year and has to go virtual again, I’d highly recommend attending. 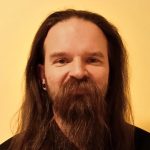