Is Open Source a Religion?

Of course this is wrong and F/OSS is not a religion, though the idea of working in a hushed cathedral-like atmosphere with pretty stained glass and organ music is appealing. (Visit St. John’s Cathedral in Spokane, Washington, USA to see a real genuine full-sized pipe organ. When it hits the low notes it rattles your bones from the inside.) If I really want stained glass and my own cathedral I can have those for just because, so let us move on to what F/OSS is really about, and what the value is for everyone who touches it, like customers, vendors, learners, hobbyists, governments– you might be surprised at the reach of F/OSS and its affect on the lives of pretty much everyone.

Everyone. If you use the Internet you’re using free/open source software. If you use Amazon, Netflix, Facebook, or Twitter you’re using F/OSS. And, of course, every SUSE customer. F/OSS powers industrial automation, edge computing, cloud technologies, high performance computing, supercomputers, security tools like openSSH, openSSL, all the important cryptography technologies, artificial intelligence, digital currency, all the important privacy technologies, code development tools and platforms, computer networking, and godzillions more. I am writing this in WordPress, an open source content management system, and the most popular and widely-used CMS. 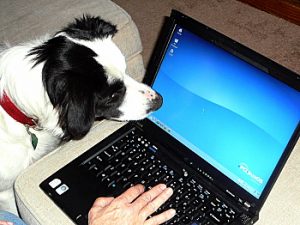 Firecracker the dog is a Linux user

My first computer, way back in the last millennium in the mid-1990s, was an Apple machine. Then I tried a Windows 3.1/DOS 5 computer, then discovered Linux. In the early 2000s Linux became my primary platform, and I can’t remember the last time I used Windows or Mac for anything other than testing.

What is this Free Stuff?

Free Software has a specific definition, which you can read all about at The Free Software Foundation (FSF). The word “free” is an unfortunate choice because the intended meaning is free as in freedom, but most people think free as in free of cost. There is no requirement to provide code for free, but virtually all F/OSS code is available free of cost.

Partly as an effort to remedy the “free” confusion, the Open Source Initiative (OSI) was created. Both organizations approve and record software licenses, and provide assistance and education.

Would You Buy a Car with the Hood Welded Shut?

If you were raised up in the world of expensive proprietary software, restrictive licenses, and “Intellectual Property”, an imprecise misleading term which I abbreviate to Eye Pee, F/OSS might seem a little weird. What’s the point? Why does it matter? Don’t you just want stuff that works? Phil Hughes, the founder of the legendary Linux Journal magazine, asked this question lo so long ago:

“Would you buy a car with the hood welded shut?”

The Right to Repair movement emerged as a counter to the increasing restrictions on what customers can do with our own things that we buy. Apple and John Deere are just two examples of big companies that try to restrict customer’s rights to repair and modify our own property, and that blur the concept of ownership, attempting to retain rights long after sale.

Trying to restrict what customers can do with hardware should be a doomed effort. Once a physical thing is in our hands it is indisputably ours, and we can break it, fix it, sell it, and even build a business on modifying and re-selling it (like customized cars). But, in the US this issue emerged when micro-controllers started to appear in everything, giving vendors a legal hook, the code in the micro-controllers, to try to impose restrictions and to blur the meaning of ownership.

SUSE Linux Enterprise Server is our flagship product. SLES is amazingly versatile, powering embedded devices to desktops to servers of all sizes to the mainframe and supercomputers. Fun fact: SUSE Linux always ranks in the top operating systems on supercomputers.

When you build your infrastructure around the Linux operating system, you get the ultimate in flexibility. Linux servers don’t care if you want them to serve Linux, Unix, Windows, Mac, smart phones, or embedded clients. You can integrate and interoperate with other platforms and services. Linux and F/OSS have long been our best cure against lock-in and incompatible standards.

If you wish to study and learn from the source code of some of the best programs in the world, you won’t break any laws. If you want to build a test lab and try out all kinds of different network configurations, servers, and applications, you will not run afoul of the license police.

Most F/OSS development takes place in the open, on GitHub and other public code repositories, and you can even meet and hobnob with some of the brightest minds in tech.

That is a very good question, and I shall address it next week. Here is a hint: Running a F/OSS business means you have to be better.

Until then, be well my friends! 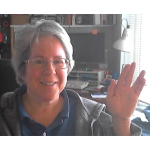