An Experiment with Gnocchi – (the Database) – Part 2

In Part 1, I introduced the problem of metrics aggregations for Ceilometer in OpenStack and how Gnocchi (a time-series database) tries to solve it in a different way. I argued about possibility of offloading work to (Nvida Quadro K620) GPU.

This part summarizes the iterations applied to the kernel (piece of CUDA code, that executes on GPU). It removes the bottlenecks encountered during profiling. To understand this part some background knowledge about programming on GPU would be good. (I recommend reading this or even smaller this)

Based on the discussion in the Implementation section of part 1, I wrote first version of kernel(v1)
Code:

Just firing random requests for data from different threads leads to a problem of non-coalesced addressing. Since there is no guarantee of how the scheduler (GPUs have their own scheduler like CPUs) will schedule the warps, the data access patterns from these warps needs to align to achieve maximum throughput of the L2 cache bus. The bandwidth of this bus is device-dependent but mostly it is in multiples of 32 bytes for older GPGPUs and 128 bytes in newer devices.

The data access pattern in the first kernel was not correct. Also getting the pattern correct is a difficult problem. So, I thought of an alternate solution. This required reducing the number of data requests fired but consuming the responses as soon as possible. So each thread did more work, but also created work in a controlled manner.

This is the alternative approach for the kernel(v2).. Here the whole array is divided into chunks and each chunk is refereed as blk
Code:

All threads from one CUDA-block would chomp upon its own blk. So I had reduced occupancy with less threads. But still generated enough work to keep the threads busy. Also enough read requests to keep the GPU-RAM (Global Memory) read time hidden by overlapping it with work of threads from other warps. 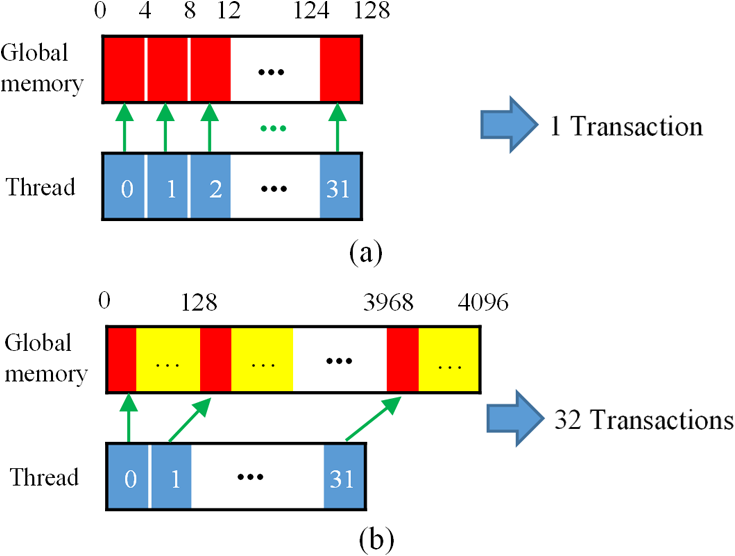 Even the kernel was doing fine here but nvprof was still reporting efficiency issues. One of those was the global-memory access pattern. Since each thread was responsible for aggregating the 6 floats, it would load 6 non-contiguous memory locations. This is a problem in the world of GPUs. As a GPU loads not only one memory location but an entire segment of 128 bytes from global memory into the L2/L1 cache.

So if 32 threads of a warp request 4 bytes(float) from non-contiguous locations, the GPU would get request for locations that are 24(6*4) bytes apart form each thread in a warp, resulting into 768 (24*32) bytes, falling into 6 (768/128) segments. But since there is only one bus there will be request serialization stalling the warp

This is a huge waste of bandwidth as only 24 bytes out of 768 bytes are actually used. There are many ways to circumvent this problem and thus lead to the next iteration.

V3 is more “static” because I wrote it to test out things. I call it static because all the numerics involved are precomputed and the kernel will fail with even even a small change in input or blocks size or grid size.

This was a good improvement over v2 and nvprof did not report any major efficiency issues with the kernel. But this did not fit well in the whole solution, because the ratio of time(work-done):time(waiting-to-begin-work) was very bad.

The picture (execution timeline from Nvdia Visual Proflier) shows a classic problem in case of GPUs. In general there is nothing much to do about it. As you can see most of the time the GPU is siting idle doing only memory copy between CPU and GPU.

In most cases the suggestion is to use Streams. Streams are “threads” to GPUs what “threads” are to CPUs. Streams are also more like pipelines where the CPU can push work to the GPU and the work will get picked up whenever resources are available. Streams have one more advantage, they run in parallel, the GPU can process work from different streams independently. This property is useful to do compute and memcpy (between host and GPU memory) asynchronously. Since the GPU has different memory and compute engines, these two operations can be overlapped in different streams. 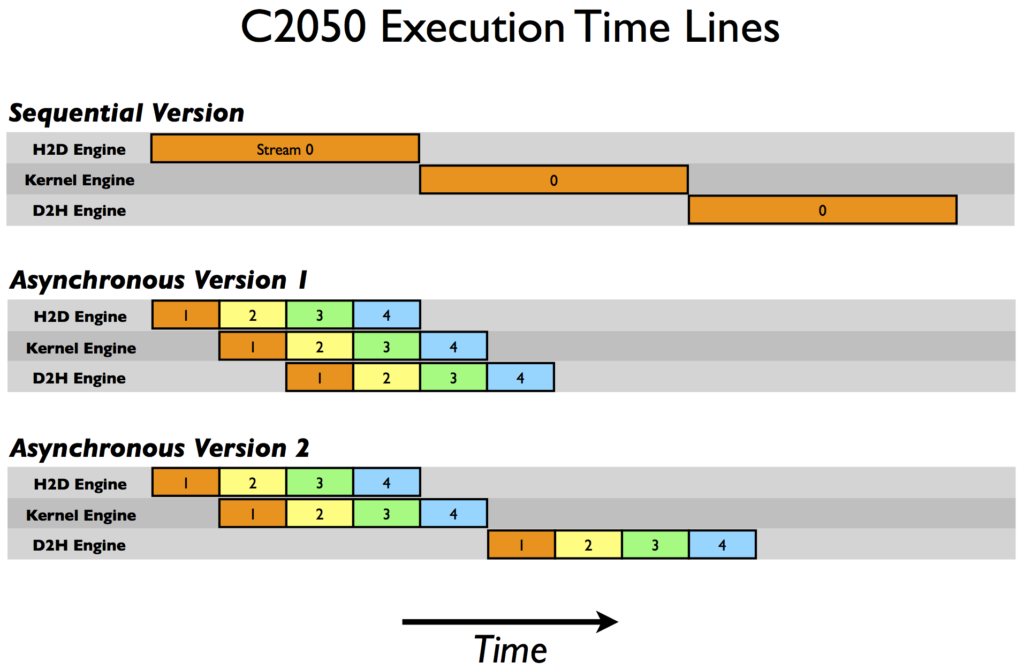 In the next part(, published) I will talk about the final iteration and kernel for other parts of the library. I also present my learning and conclusion from this experiment. 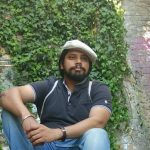